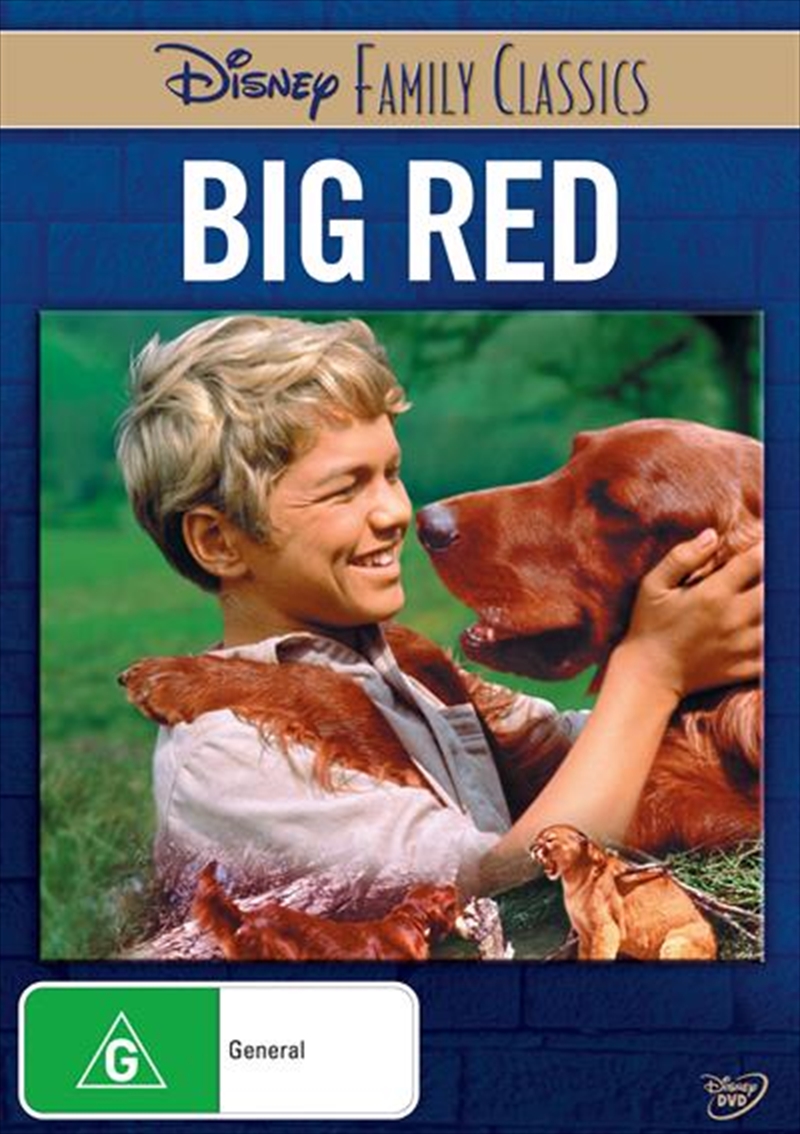 Shipping - See delivery options.
Postcode:
Quantity:
SEE MORE IN:
3 for $30 Movies & More
Disney presents Big Red, a triumphant story brimming with friendship, courage and adventure! An orphan boy learns responsibility, commitment and friendship when he is hired by a heartless, wealthy sportsman to train his handsome Irish setter, Big Red. Soon the boy and dog become inseparable, much to the owner's disapproval, and the boy is fired. But the bonds of loyalty are tested when Big Red runs away and all hope is lost of ever finding him again. The strong bond that exists among man, boy, and dog lead them all into a series of thrilling adventures, setting the course for a life-or-death battle with an unexpected adversary! The unique quality of this family film will forever touch the hearts of young and old alike!