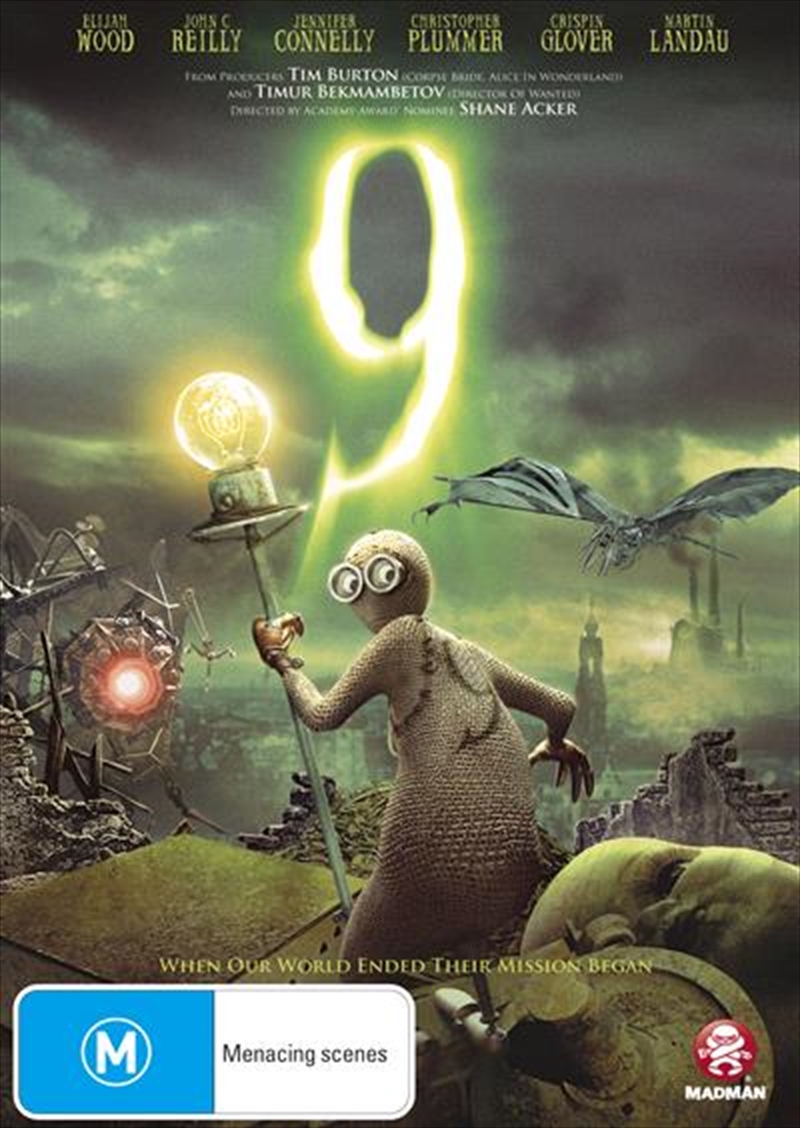 The time is the too-near future. Powered and enabled by the invention known as the Great Machine, the world's machines have turned on mankind and sparked social unrest, decimating the human population before being largely shut down.
But as our world fell to pieces, a mission began to salvage the legacy of civilization; a group of small creations was given the spark of life by a scientist in the final days of humanity, and they continue to exist post-apocalypse. Another of their own, #9 (voiced by Elijah Wood), emerges and displays leadership qualities that may help them survive and possibly even thrive. The conflicted but resilient tribe already includes #1 (Christopher Plummer), a domineering war veteran and the group's longtime leader; #2 (Martin Landau), a kindly but now-frail inventor; #3 and #4, scholarly twins who communicate nonverbally and mostly with each other; #5 (John C. Reilly), a stalwart and nurturing engineer; #6 (Crispin Glover), an erratic artist beset by visions; #7 (Jennifer Connelly), a brave and self-sufficient warrior; and #8 (Fred Tatasciore), the none-too-bright muscle and enforcer for #1.

Feature commentary, 9 - The Long and the Short of It featurette

The Look of 9 featurette

9 - the original short (with commentary)