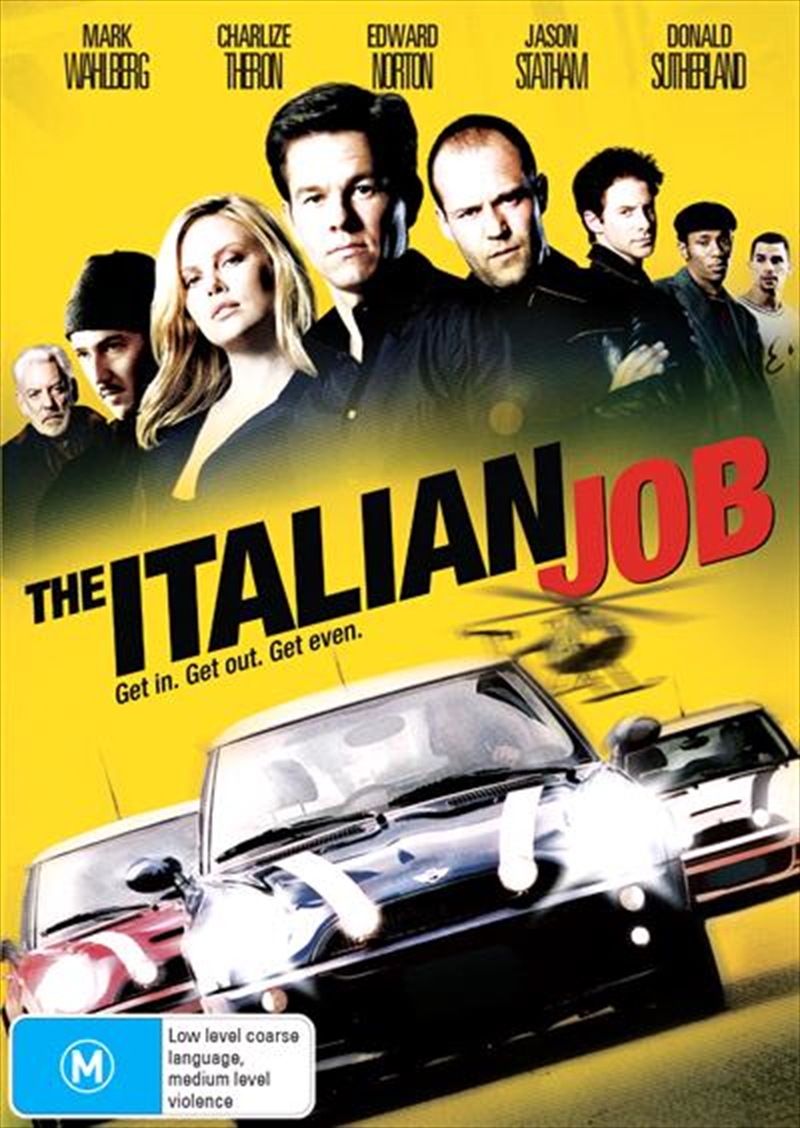 A band of thieves, led by Charlie Croker (Wahlberg), pulls off the ultimate heist by rigging the stoplights of the city of Los Angeles so that they can drive right out of the city with a carful of gold (in a safe that they're stealing back after Croker's double-crossing ex-partner, played by Edward Norton, stole it from Croker first), with nothing but green lights, while everyone else gets red lights, thus keeping the roads plugged with the largest traffic jam in L.A. history, and the police from pursuing them.
TRAILER
DETAILS