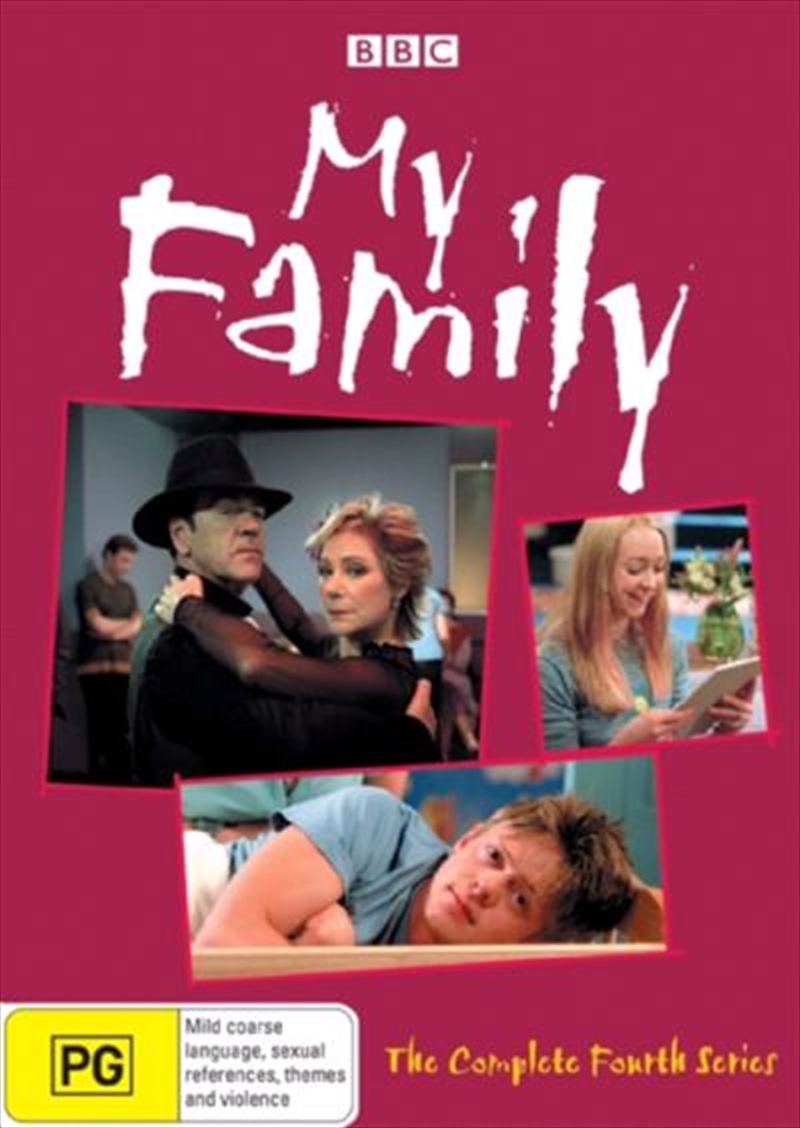 DESCRIPTION
&lt;H3&gt; My Family Series 4 DVD - On Sale Now With Fast Shipping&lt;H3&gt;
The Harpers return, putting the 'fun' in 'dysfunctional'. In Series 4 Susan is looking forward to the birth of her first grandchild, but dreading being a grandmother. Nick is getting fed up with living in his ghastly flat. The gap between Michael's IQ and the rest of the family's seems to be increasing. And Abi is still Abi, only more so! And for perennially put-upon Ben, what with a new arrival causing chaos in surgery, being forced to take tango lessons and being officially declared dead, life is just one long major-league crisis.
DETAILS