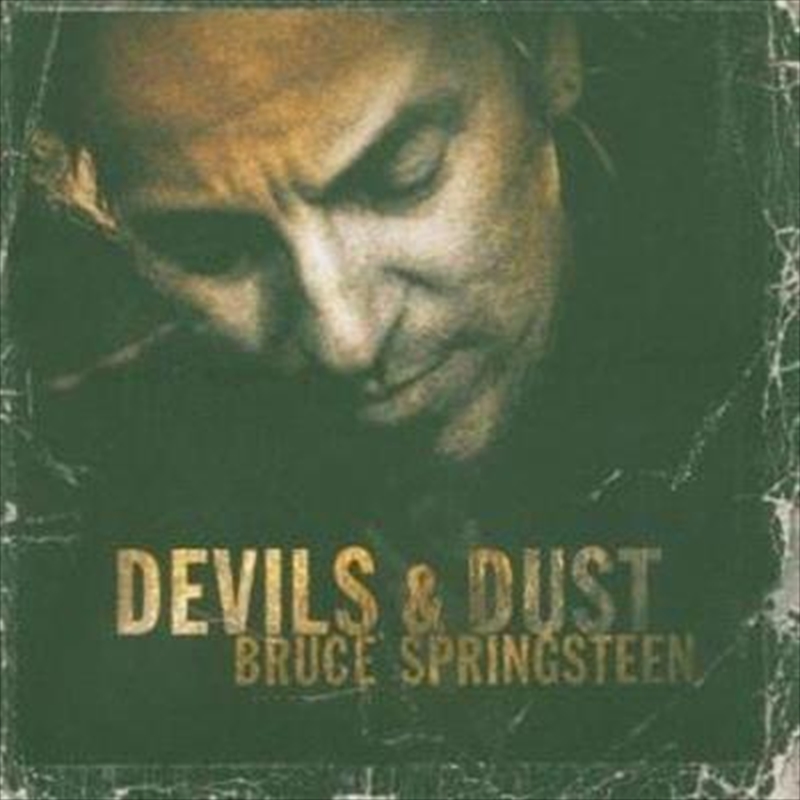 Shipping - See delivery options.
Postcode:
Quantity:
SEE MORE IN:
2 for $40 Music Bruce Springsteen
'Devils & Dust' was produced by Brendan O'Brien, who first worked with Springsteen on the acclaimed CD, 'The Rising.' The new album was recorded at Thrill Hill Recording Studios in Los Angeles and New Jersey with additional engineering at Southern Tracks Recording in Atlanta.

The seeds for Bruce Springsteen's new album Devils & Dust were sown nearly a decade ago, when the singer-songwriter launched his first-ever solo acoustic tour (1995 - 96). "I was so excited after playing on that tour, I'd get off the stage and go write, then I put those songs on the shelf for a while, until I had a chance to revisit them."

The visit is now complete, with a 12-song album, Springsteen's first release of all-new material since his September 11-themed, Double Platinum certified, The Rising in July 2002. Two of the new album's songs, "The Hitter" and "Long Time Comin'," were actually written and performed on The Ghost of Tom Joad tour. But not all the material dates back that far; the title track was written around the start of the war in Iraq, Springsteen said. "It works as a metaphor for all the music underneath it, the individual stories of people wrestling with their demons," Springsteen said of the title track. "A lot of it is set in the west, in what feels like a rural setting. "It's about people working through their confusions, sometimes well and sometimes tragically."

Pedal steel guitar, harmonica and violin fill in the sparse, rootsy arrangements. Springsteen, who says his vocal range has expanded with age, provides some higher-pitched vocals on the track "All I'm Thinking About."

All The Way Home

Jesus Was An Only Son

All I'm Thinkin' About

All I'm Thinkin' About (live Acoustic)