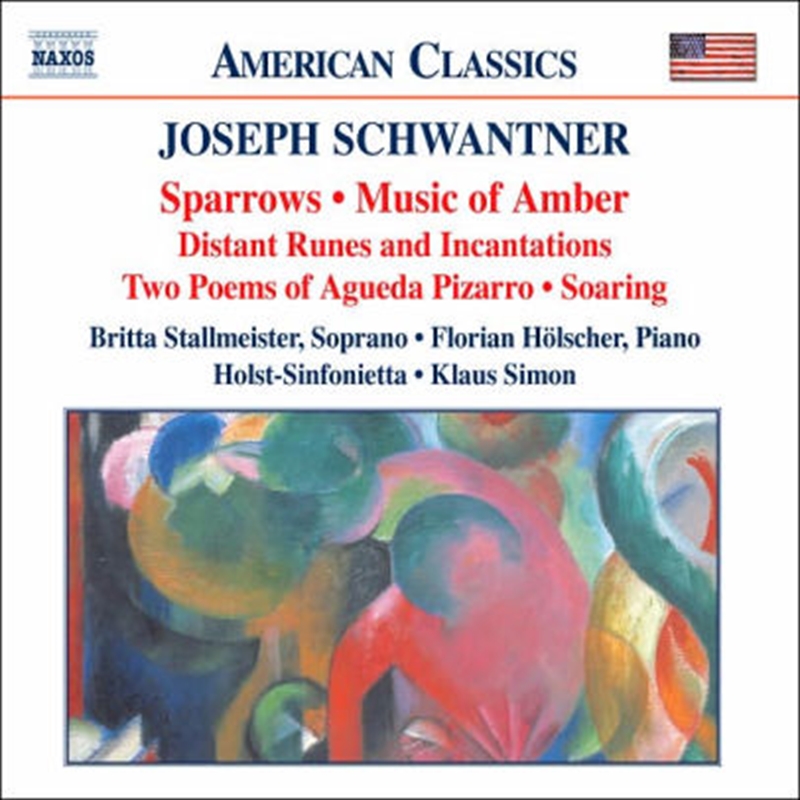 Believe it or not, this Naxos American Classics disc, Joseph Schwantner: Chamber Music, is only the second all-Schwantner offering in the entire CD era, the other being Evelyn Glennie's The Music of Joseph Schwantner released on RCA Red Seal in 1997. Back in music school, this reviewer remembers when composition students in the "scrounge lounge" gathered around a table as someone unfurled a bootleg Xerox copy of Joseph Schwantner's latest score, "Black Anenomes." The gasp of excitement that followed has never left this reviewer's memory; and indeed, for conservatory-educated musicians the work of Schwantner has been regarded as nothing less than awe-inspiring for a very long time.

In the era of LPs, Schwantner's work was fairly well-represented for a composer of his then-tender age, but with the dawn of digital relatively little of it has come our way, certainly nothing equivalent to the stature in which Schwantner is held by his peers. Finally Naxos has come to the rescue with a fine disc of some of Schwantner's signature pieces of the '70s and '80s, including the aforementioned "Black Anenomes" in the setting that forms part of his song cycle "Poems (2) of Agueda Pizarro" (1980) and another vocal work, "Sparrows" (1979), originally written for Lucy Shelton and here sung by Britta Stallmeister. The remainder is made up of chamber works of roughly the same vintage; the piano concerto-like "Distant Runes and Incantations" (1984), "Music of Amber" (1981), and the first recording of "Soaring" (1986), a diaphanous bon-mot for flute and piano. This recording was made in Freiburg, Germany, in conjunction with a round of concerts celebrating Schwantner's 60th birthday, and these performances are quite good, if a little distantly recorded. If you like George Crumb you'll love Schwantner, but those who are not sure should try to give this a listen.

Nonetheless, congratulations to Naxos for stepping to the plate on behalf of Schwantner; perhaps others will follow that lead and listeners will get to hear some more up to date pieces like "Angelfire," the violin concerto he wrote for Anne Akiko Meyers in 2001.

Music of Amber for chamber ensemble