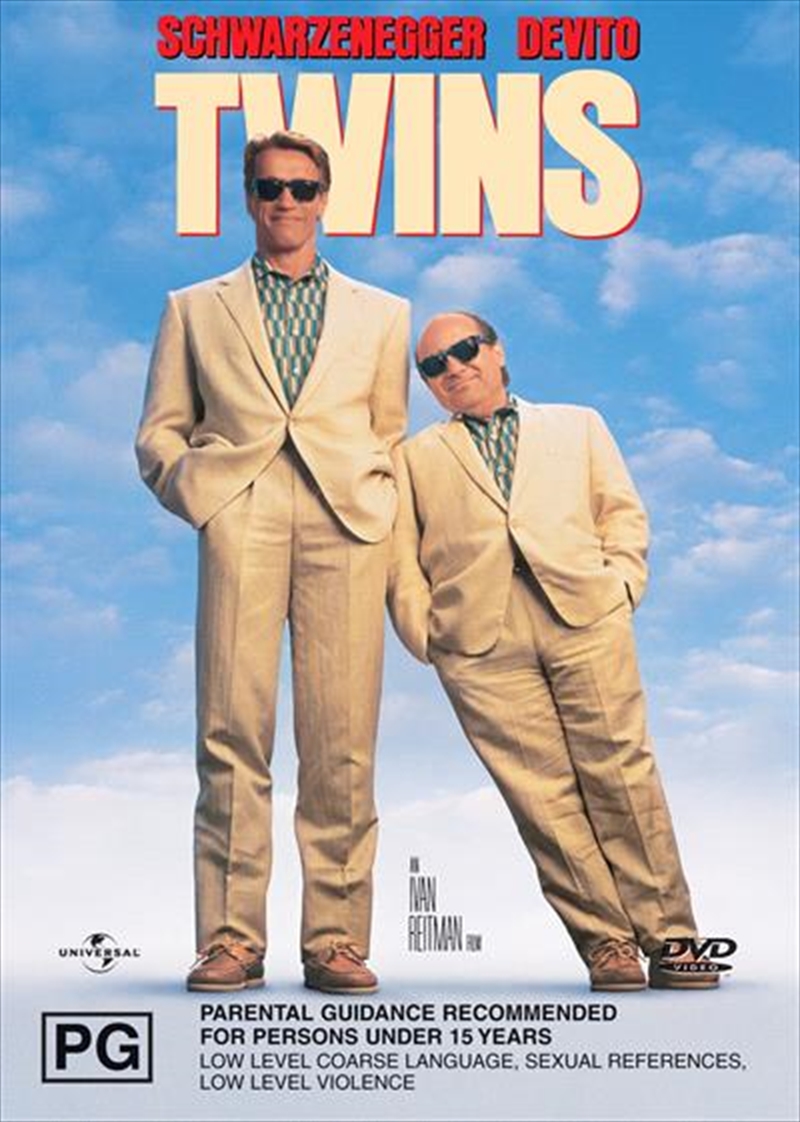 Shipping - See delivery options.
Postcode:
Quantity:
SEE MORE IN:
3 for $20 Movies & More Cant Seem To Stream
Only their mother can tell them apart.

Superstars Arnold Schwarzenegger and Danny DeVito team up for twice the laughs in this hilarious box-office blockbuster from director Ivan Reitman (Ghostbusters). An ambitious genetic experiment takes the wrong turn when two twins - who look nothing alike - are born and then separated. Years later, the unlikely siblings meet: Julius, a highly educated but sheltered giant with a big heart, and Vincent, a pint-sized hustler with an insatiable lust for women and money. With girlfriends in tow and a hitman on their tail, the newfound brothers set off on a wild, cross-country misadventure to find their mother - but end up finding out more about themselves.