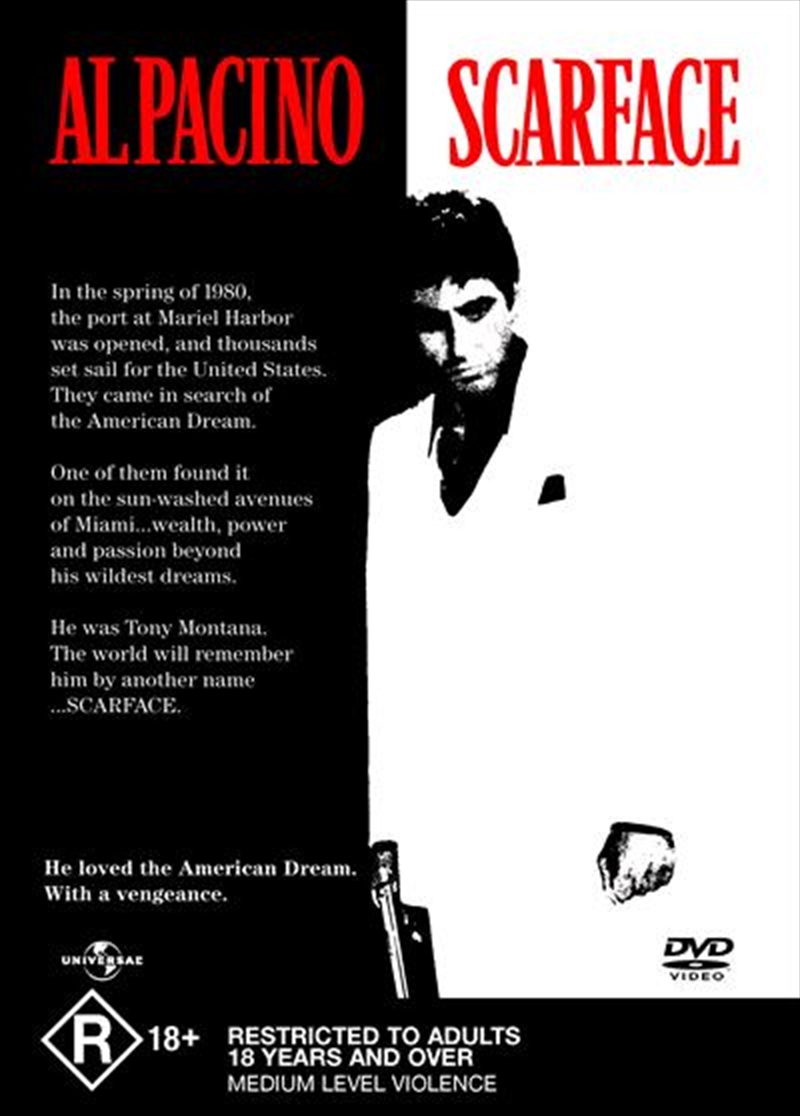 Shipping - See delivery options.
Postcode:
Quantity:
SEE MORE IN:
3 for $20 Movies & More Cant Seem To Stream
DESCRIPTION
Al Pacino gives an unforgettable performance as Tony Montana, one of the most ruthless gangsters ever depicted on film, in this gripping crime epic inspired by the 1932 classic of the same title. Directed by hit-maker Brian DePalma and produced by Martin Bregman who brought both Godfather legends to the screen, Scarface follows the violent career of a small-time Cuban refugee hoodlum who guns his way to the top of Miami's cocaine empire. With its intense screenplay by Academy Award-winner Oliver Stone, driving musical score by Giorgio Moroder, and superb insights into Miami's Latin lifestyle, Scarface joins the ranks of Hollywood's greatest underworld dramas, as it lays bare the sordid power of the American drug scene. Time Magazine calls it "Exhilarating," while the New York Times' Vincent Canby applauds the picture as "Stylish and Provocative."
TRAILER
DETAILS