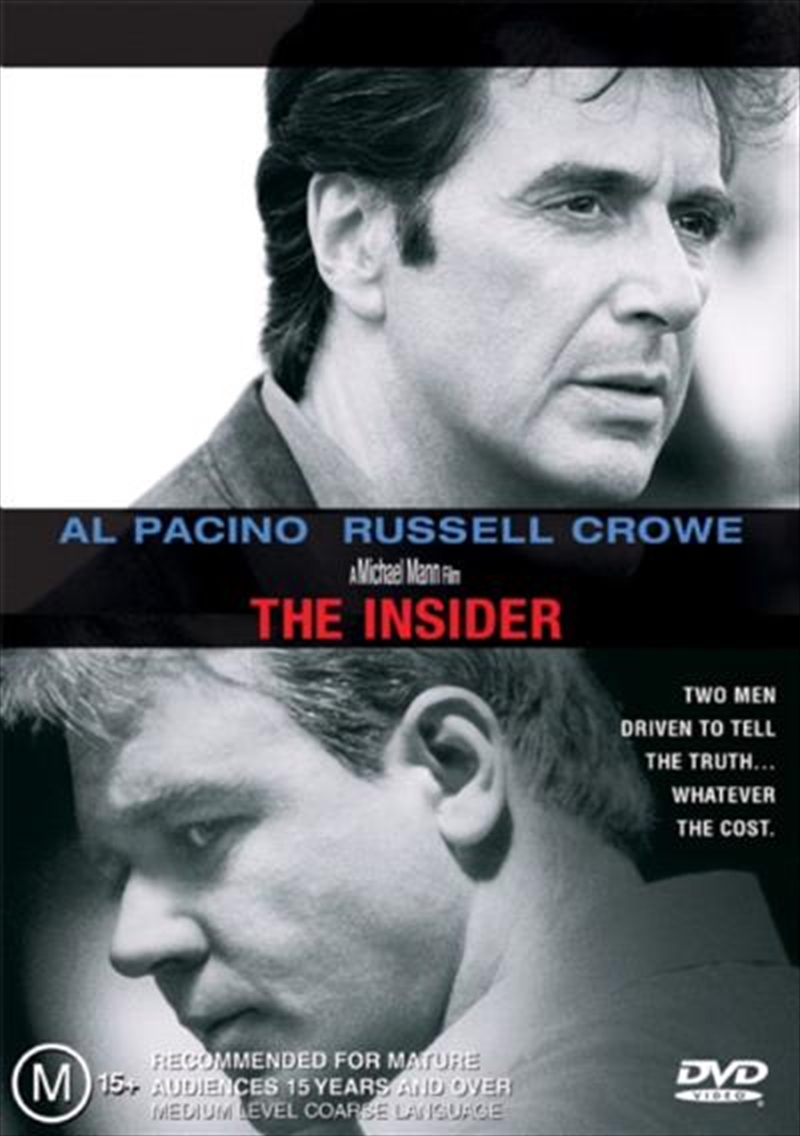 Nominated for seven Academy Awards including Best Picture! Gripping and powerful, The Insider keeps you on the edge of your seat as it recounts the chain of events that pitted an ordinary man against big business, and ultimately dragged people into the fight of their lives. Academy Award Winner Al Pacino (Any Given Sunday, The Devil's Advocate) and Russell Crowe (L.A. Confidential and Mystery, Alaska) star as two men crusading together for a public health issue charged with emotion. And it's not long before they both find out just how badly the corporate giants want to save their bottom lines. This absorbing thriller also stars Christopher Plummer (Malcolm X) and Gina Gershon (Face/Off). The Insider will thrill you with its unbelievable twists and turns.