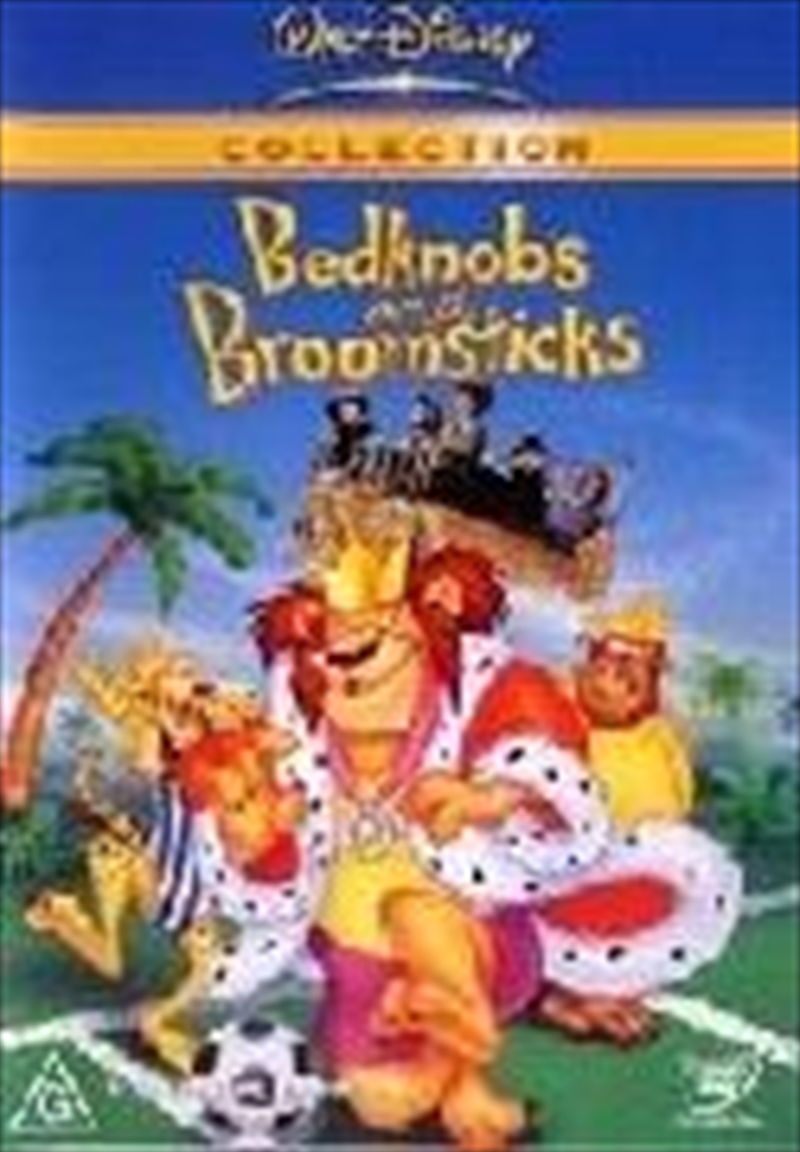 Shipping - See delivery options.
Postcode:
Quantity:
SEE MORE IN:
2 for $20 Movies & More 2 For $20 Family
An Academy Award winner for Best Visual Effects, BEDKNOBS AND BROOMSTICKS is a spellbinding mix of live action and animation that makes it one of Disney's most endearing Classics. Now you can enjoy this fully restored and remastered magical gem again and again!You'll meet a delightful amateur witch (Angela Lansbury) who reluctantly takes in three precocious orphan children. The children soon find themselves aboard a flying bed, its magic brass bedknob their ticket to one fantastic adventure after another - including a visit to an island inhabited by wondrous animated animals!The foursome eventually joins forces with an amusing professor (David Tomlinson, Mary Poppins) to track down an ancient incantation that could save the country from hostile invaders!Now it's your turn to ride on BEDKNOBS AND BROOMSTICKS, a fun-filled flight of fantasy, music and Disney magic for all ages - fully restored for state-of-the-art quality that ensures the best possible sound and picture!