Sword In The Stone, The 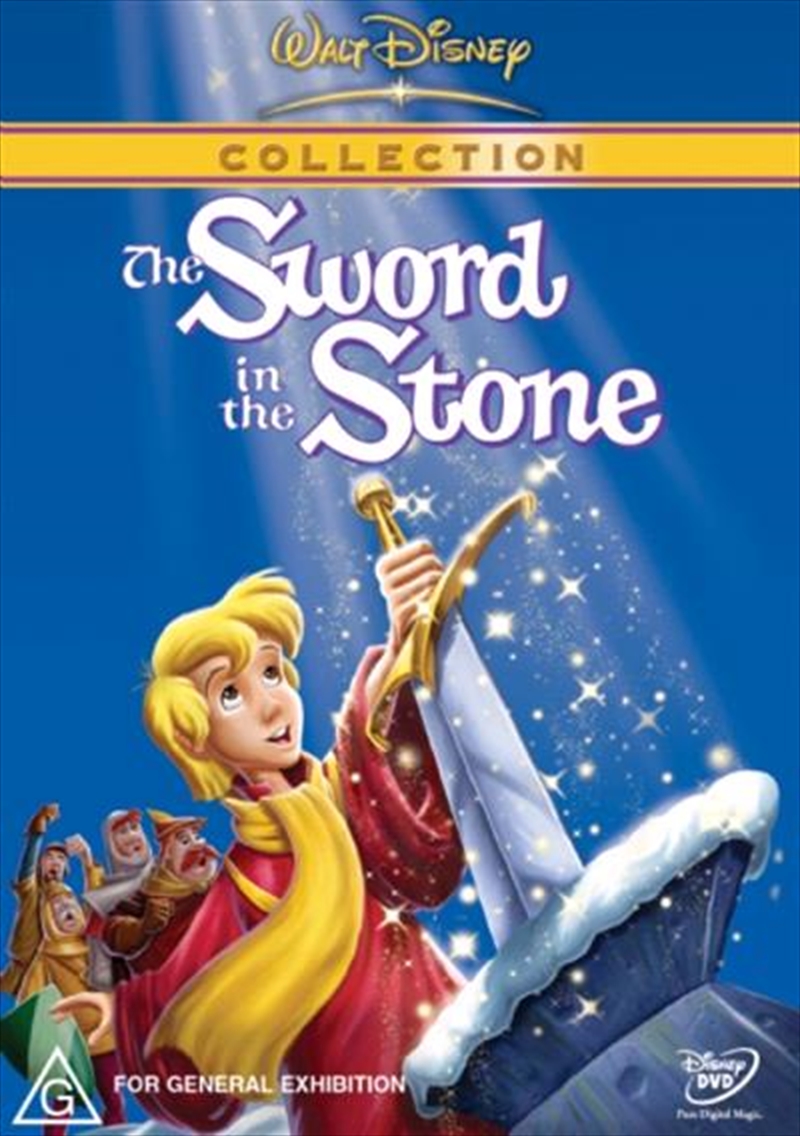 Sword In The Stone, The

Engaging characters and brilliant Disney animation bring the timeless legend of King Arthur to sparkling life in The Sword In The Stone, now fully restored. With humour, spectacle and wizardry, this classic tale conjures up delightful entertainment for all ages!
A sword mysteriously embedded in a massive stone offers this challenge: Whoever can pull it from the stone will become the King of England! Many try to remove the sword and fail, and for an awkward young squire-in-training, the quest seems ludicrous. But with help from a powerful wizard, Merlin, the young man learns that with persistence and belief in himself, even the most incredible dream can be realized. Join in all the wild marvels that make The Sword In The Stone a heart-pounding adventure that serves up royal entertainment.
TRAILER
DETAILS

Title: Sword In The Stone, The

Cartoon Short: Knight for a Day

That's What Makes the World go Around

Sword in the Stone Scrapbook