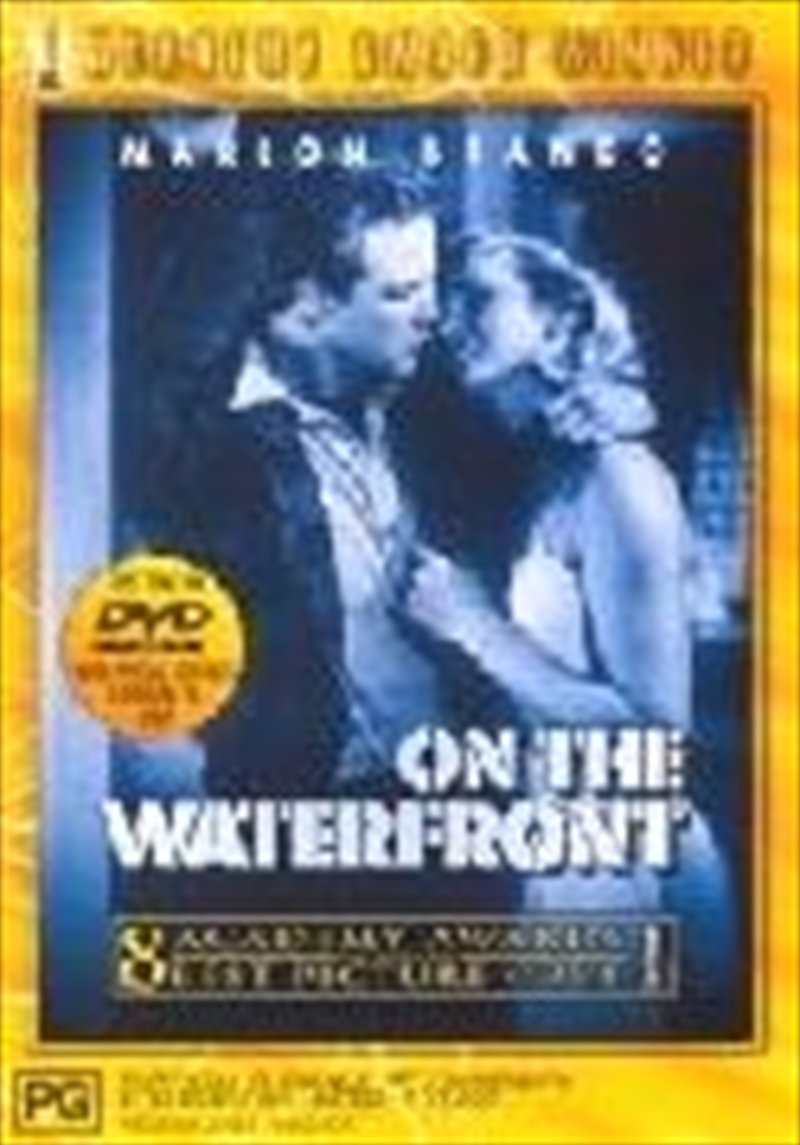 Shipping - See delivery options.
Postcode:
Quantity:
SEE MORE IN:
3 for $20 Movies & More
A story as warm and moving as GOING MY WAY...but with brass knuckles!

Marlon Brando gives one of the screen's most electrifying performances as Best Actor in this 1954 Academy Award winner for Best Film. Ex-fighter Terry Malloy (Brando from The Godfather) could have been a contender, but now toils for boss Johnny Friendly (Lee J. Cobb from The Exorcist) on the gang-ridden waterfront. Terry is guilt-stricken, however, when he lures a rebellious worker to his death. But it takes the love of Edie Doyle (Eva Marie Saint from North by Northwest), the dead man's sister, to show Terry how low he has fallen. When his crooked brother Charley the Gent (Rod Steiger from In the Heat of the Night) is brutally murdered for refusing to kill him, Terry battles to crush Friendly's underworld empire. Directed by Elia Kazan (A Streetcar Named Desire) and written by Budd Schulberg (What Makes Sammy Run?), this unforgettable drama about Terry's redemption is among the most acclaimed of all films.

Title: On The Waterfront

behind the scenes featurette