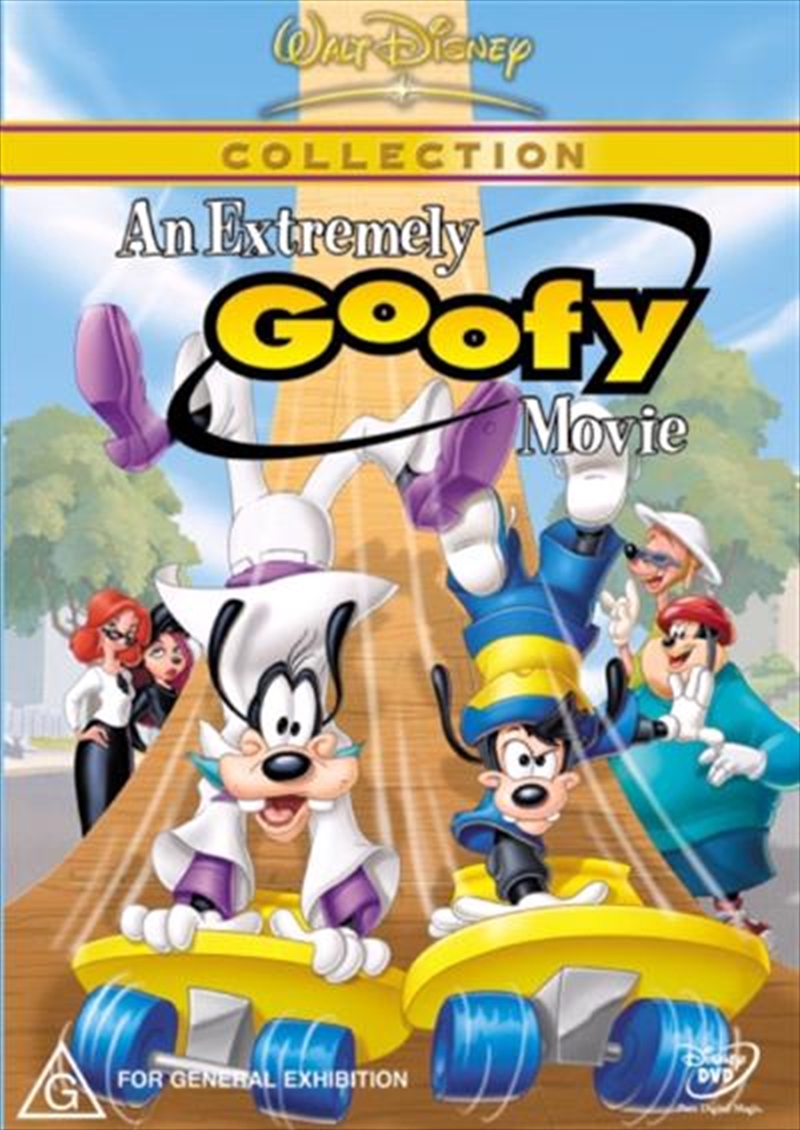 Shipping - See delivery options.
Postcode:
Quantity:
SEE MORE IN:
3 for $30 Movies & More
Join Goofy and his son Max in a hip and hilarious all-new movie that kicks up outrageous fun on the road to higher education. It's all extreme sports and a life of freedom as Max sets off for college - but Goofy misses Max so much, he literally falls down on the job. The laughs come fast and furious as he shows up, leisure suit and all, to finish college alongside Max and his friends. When Goofy meets the librarian, they hit it off and spark a stuck-in-the-seventies disco inferno that steals the show. But as Goofy tries to get closer to Max, both must go to the extreme to learn how to live their own lives...together! From inspired high-energy music to the antics of one of Disney's most beloved dads, An Extremely Goofy Movie proves that two Goofs are better than one!