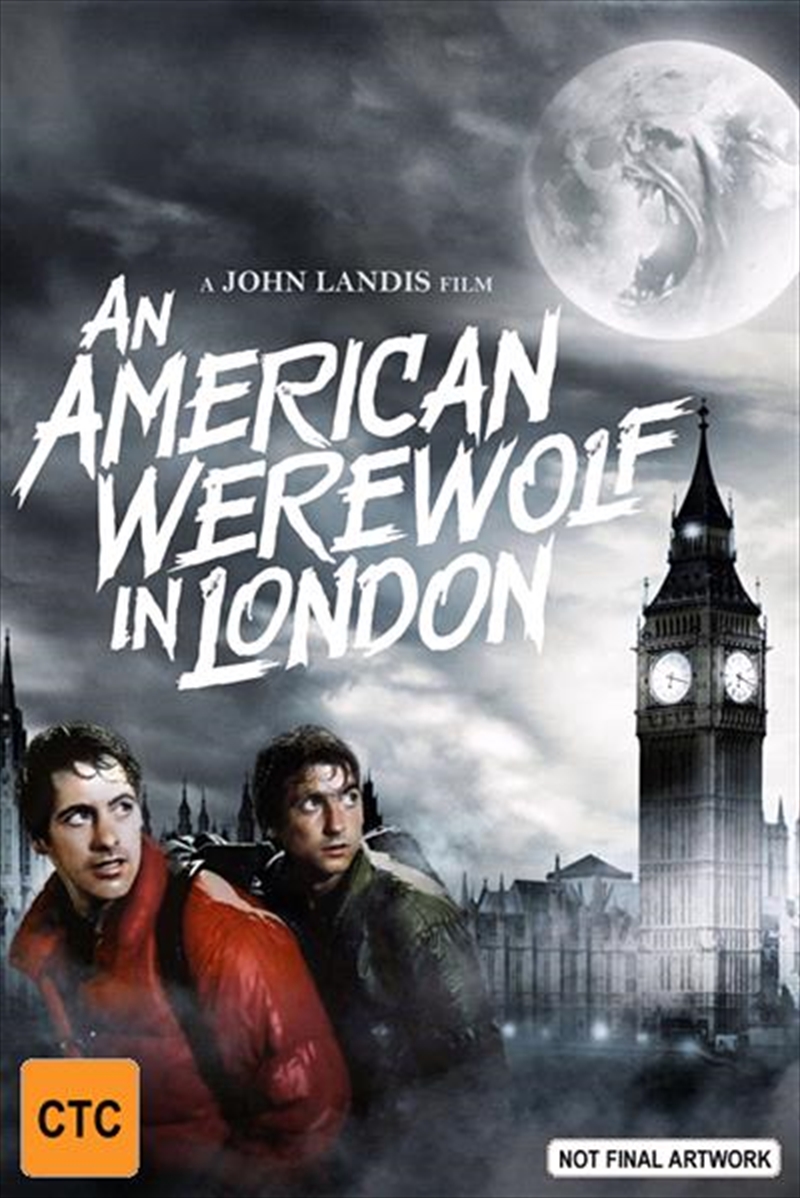 David Naughton and Jenny Agutter star in this classic cult black comedy. American backpackers David Kessler (David Naughton) and Jack (Griffin Dunne) take off for a three month European jaunt. Walking in the desolate English countryside, they come across some locals who give them chilling words of advice: "Keep to the road and keep clear of the moors" and "Beward of the moon". The boys set off into the darkness and hear a terrifying howl from across the moors, unaware that they are being stalked by a mythical beast with a taste for blood. Those who are killed by this creature become the undead, roaming the earth throughout eternity, but anyone who escapes with his life has a different fate in store...