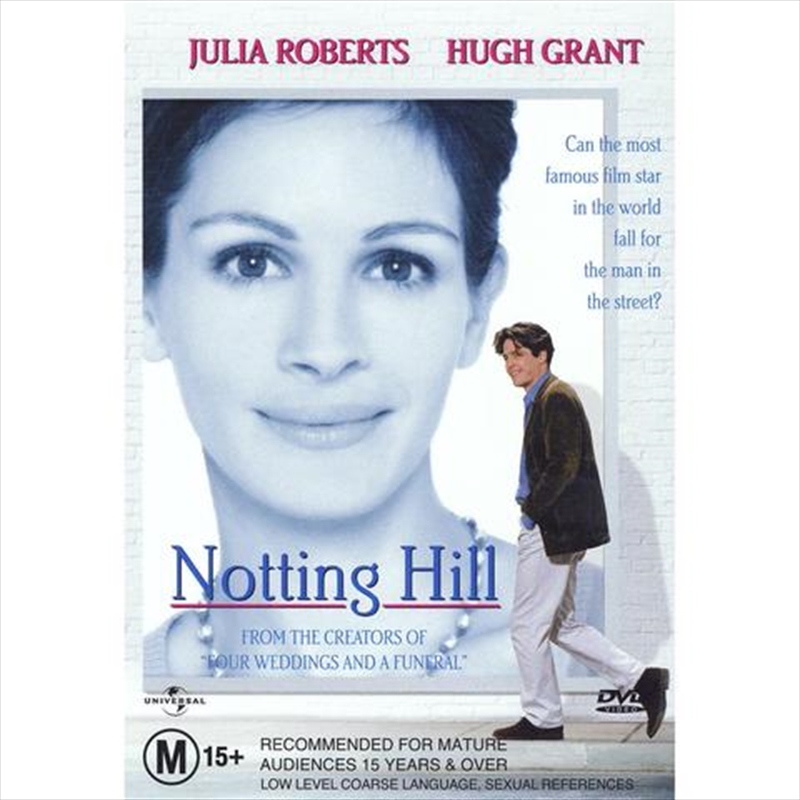 Can the most famous film star in the world fall for just an ordinary guy?

William Thacker (Hugh Grant), is the owner of a bookshop in the heart of Notting Hill in London. One day, by a one-in-a-million chance, the worlds most famous actress, Anna Scott (Julia Roberts), comes into his shop. He watches in amazement as she leaves and he thinks he'll never see her again. But fate intervenes - and minutes later William collides with Anna on Portobello Road. So begins a tale of romance and adventure in London W11. With a little help from his chaotic flatmate Spike and his old friends, Max and Bella (Tim McInnerny and Gina McKee), William seeks the face he can't forget...

<i>- a travel guide to notting hill

<i>- cast and filmmakers biographies