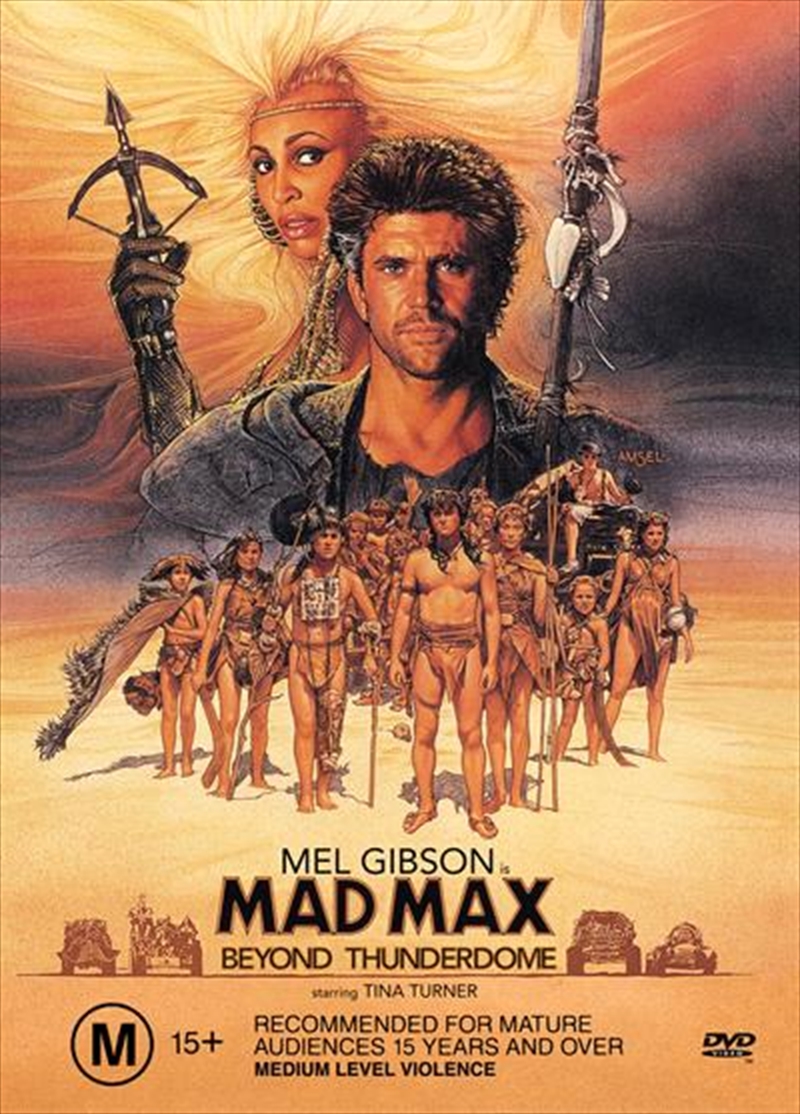 Shipping - See delivery options.
Postcode:
Quantity:
SEE MORE IN:
Mad Max 3 for $20 Movies & More Cant Seem To Stream
DESCRIPTION
Two men enter. One man leaves. That's the law in Bartertown's Thunderdome arena. But lawmaker Aunty Entity will soon add another: Don't get Max mad! Mad Max Beyond Thunderdome stars Mel Gibson (Lethal Weapon, Maverick) for his third go-round as the title hero who takes on the barbarians of the post-nuclear future - and this time becomes the savior of a tribe of lost children. Music superstar Tina Turner steals what's left of the screen as Aunty Entity, a power-mad dominatrix determined to use Max to tighten her stranglehold on Bartertown. Directors George Miller and George Ogilvie deliver another rousing final apocalypse-on-wheels and one of the best movie fight scenes ever, as Max and the gladiatorial Blaster face off with maces, chainsaws and anything not nailed down inside Thunderdome. Mad Max Beyond Thunderdome: watch and you'll agree with the soundtrack song that "We Don't Need Another Hero."
TRAILER
DETAILS