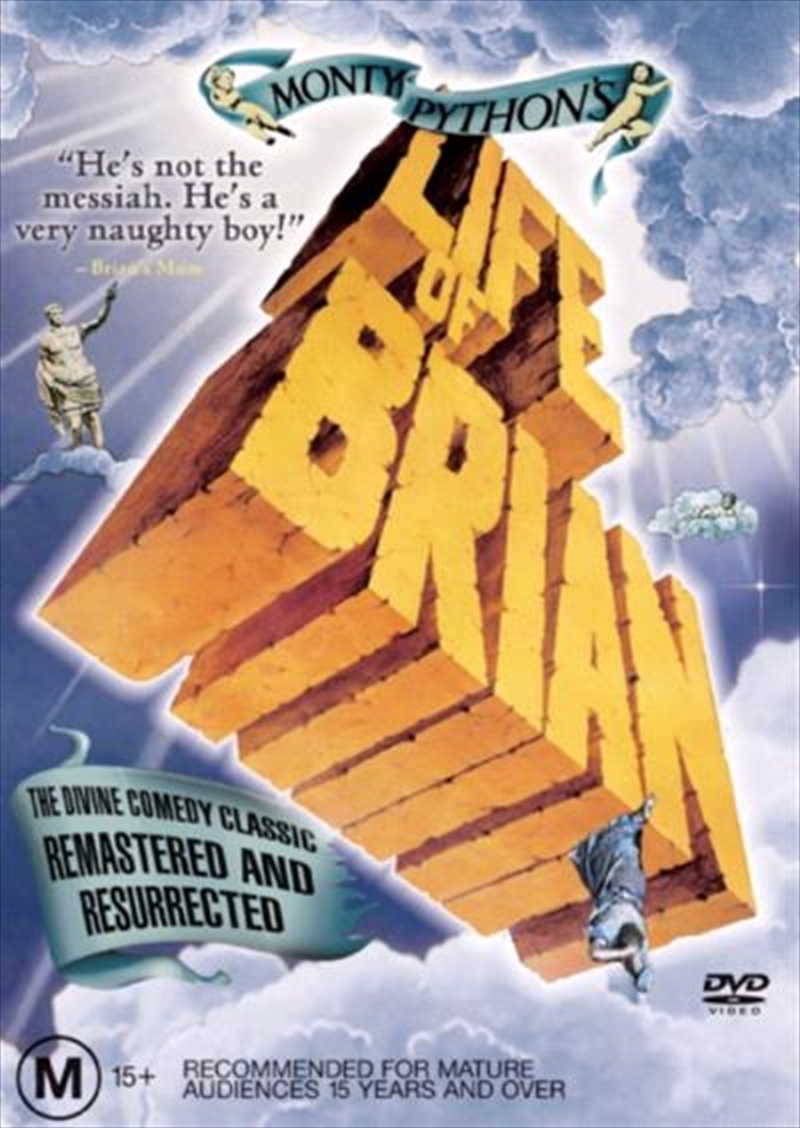 Monty Python delivers the group's sharpest and smartest satire of both religion and Hollywood's epic films. Set in 33 A.D. Judea where the exasperated Romans try to impose order, it is a time of chaos and change with no shortage of messiahs and followers willing to believe them. At it's center is Brian Cohen, born in Bethlehem in a stable next door, who, by a series of absurd circumstances is caught up in the new religion and reluctantly mistake for the promised messiah, providing ample opportunity for the entire ensemble (Graham Chapman, John Cleese, Terry Gilliam, Eric Idle, Terry Jones and Michael Palin) to shine in multiple roles as they question everyone and everything from ex-lepers, Pontius Pilate and haggling to revolutionaries, crazy prophets, religious fanaticism, Roman centurions and crucifixion, forever changing our biblical view.
TRAILER
DETAILS