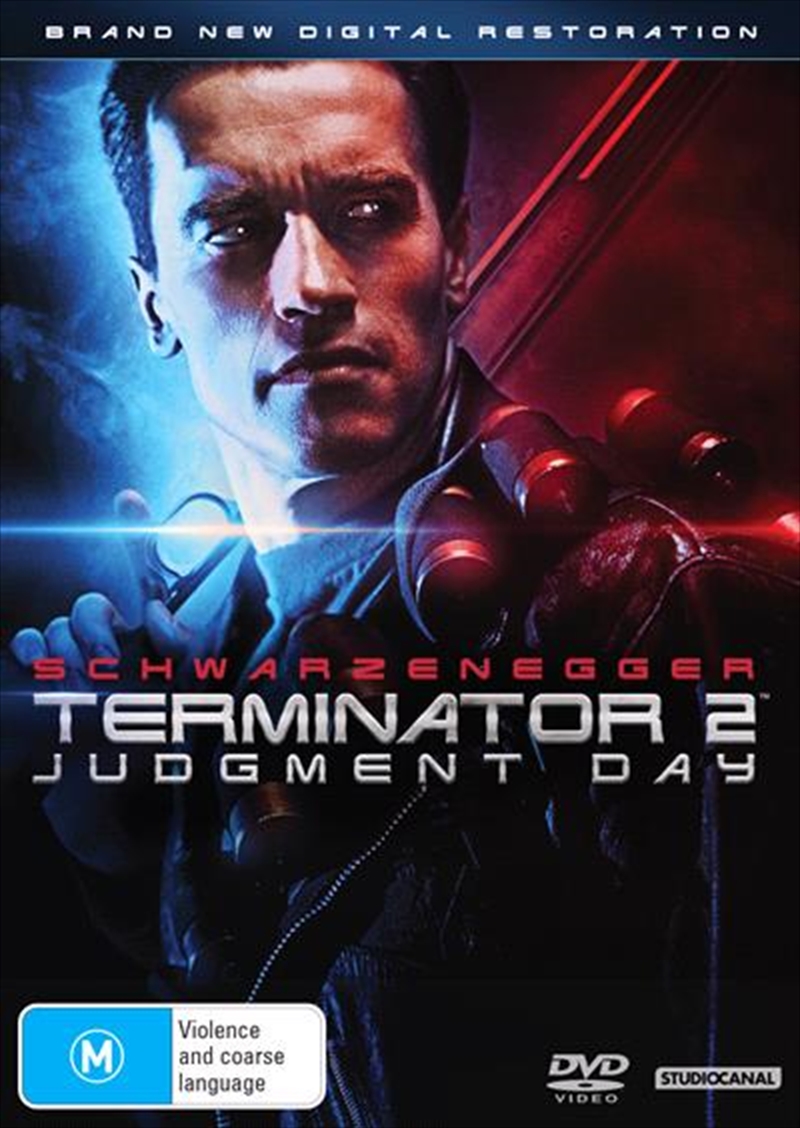 SEE MORE IN:
Terminator Cant Seem To Stream 2 for $20 Movies
DESCRIPTION
In 'The Terminator', the Machines who rule the future sent an unstoppable machine to assassinate the yet unborn John Connor - the future leader of the resistance. They Failed. In Terminator 2: Judgment Day, The Machines will try again. Sarah Connor and her now teenage son won't face the liquid metal T-1000 alone. The human resistance has sent back another warrior from the future to protect John Connor at any cost. Arnold Schwarzenegger is back as the cyborg from the future in one of the most anticipated DVD releases of 2003. TERMINATOR 2: JUDGMENT DAY - THE ULTIMATE EDITION DVD restores over 15 minutes of additional material to the original theatrical release of the film, including Sarah Connor's vision of the late Kyle Reese (Michael Biehn), the reprogramming of the Terminator by John & Sarah, and the obsession of Miles Dyson (Joe Morton) to create the computer chip that could lead the world to nuclear destruction. These scenes, and more, enhance this tour de force of astounding visuals and powerful emotions to create a compelling new version of one of the biggest hits of all time. DISC 1 - T2 SPECIAL EDITION * Digitally Remastered Special Edition Director's Cut of T2. * Audio Commentary featuring 26 members of cast and crew. * Extensive Bios and Filmographies for key cast and crew. * 32 Page Collector's Booklet. * Exclusive Fully Animated 3D Menus. * English / Spanish / Portuguese / Dutch Subtitles. * THX Test Signal Package. DISC 2 - THE ULTIMATE T2 DVD SUPPLEMENT Practically a film school on a disc, THE ULTIMATE T2 DVD SUPPLEMENT is an exhaustive compendium that covers every part of the filmmaking process of "T2", from writing the script, research and location scouting to scheduling, casting, editing, sound, music, publicity and dozens of other topics.
TRAILER
DETAILS