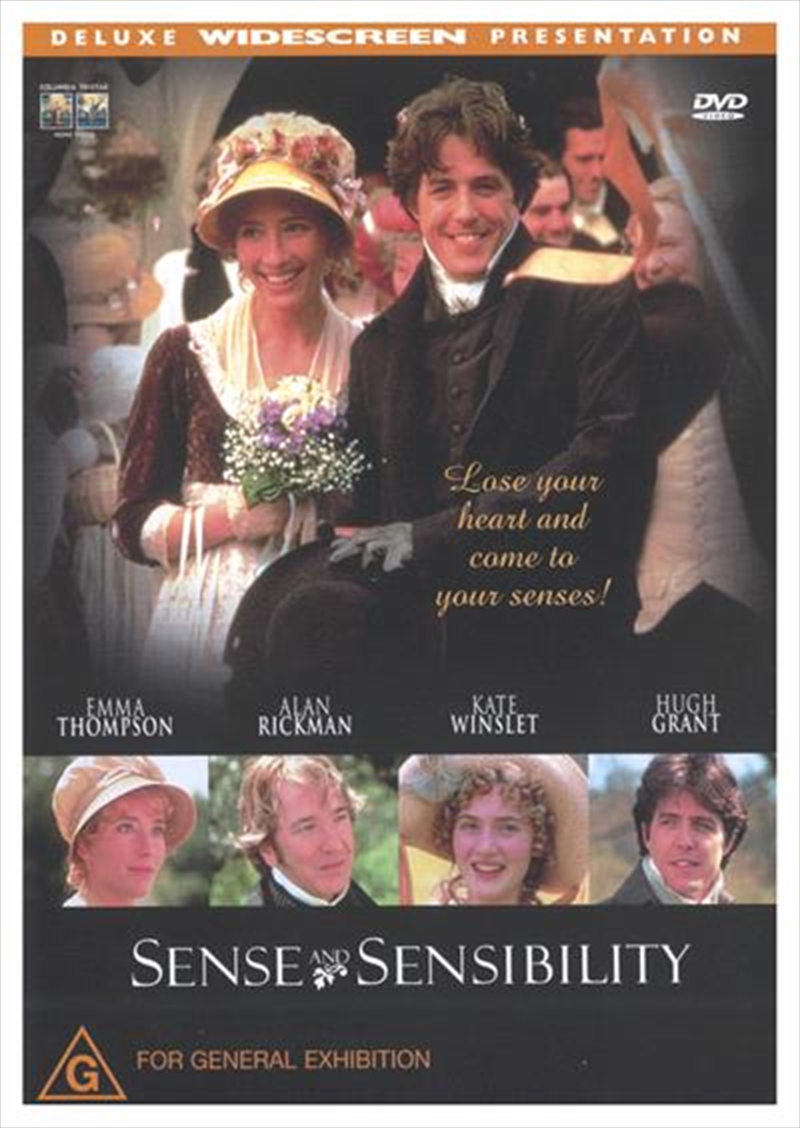 SEE MORE IN:
3 for $20 Movies & More
DESCRIPTION
Coverart to be confirmed. Elinor uses her head...Marianne follows her heart. Two sisters on very different paths, are about to discover there's only one road that leads to true love. SENSE & SENSIBILITY is the glorious adaptation of JANE AUSTEN's timeless story, brought to life with humour, heart and wonderful performances by a cast that includes EMMA THOMPSON (Oscar winner for HOWARD'S END), ALAN RICKMAN (from DIE HARD), HUGH GRANT (from FOUR WEDDINGS & A FUNERAL) and TITANIC's KATE WINSLETT in one of her first major screen roles.
TRAILER
DETAILS