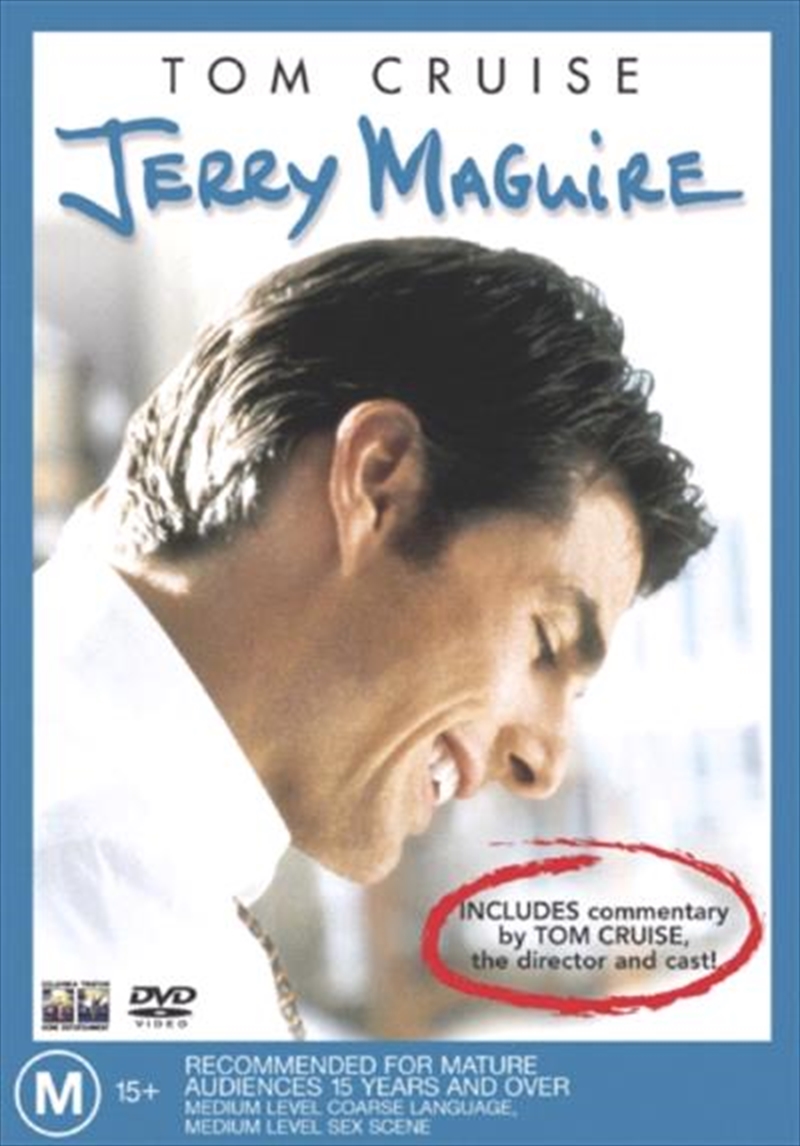 Shipping - See delivery options.
Postcode:
Quantity:
SEE MORE IN:
3 for $20 Movies & More Feel Good Movies Best Romcoms
DESCRIPTION
In the game of life, sports agent Jerry Maguire (Superstar Tom Cruise in his Golden Globe Award-winning role) is all business, until he writes a mission statement that awakens his conscience... and costs him his job.

But with the help of one loyal colleague and one outrageous client, Jerry's about to discover that he's a man willing to lose everything, to win the one thing worth fighting for.

Sweet, smart, funny and unforgettable, Jerry Maguire is a classic romantic comedy that will "show you the money!"
TRAILER
DETAILS