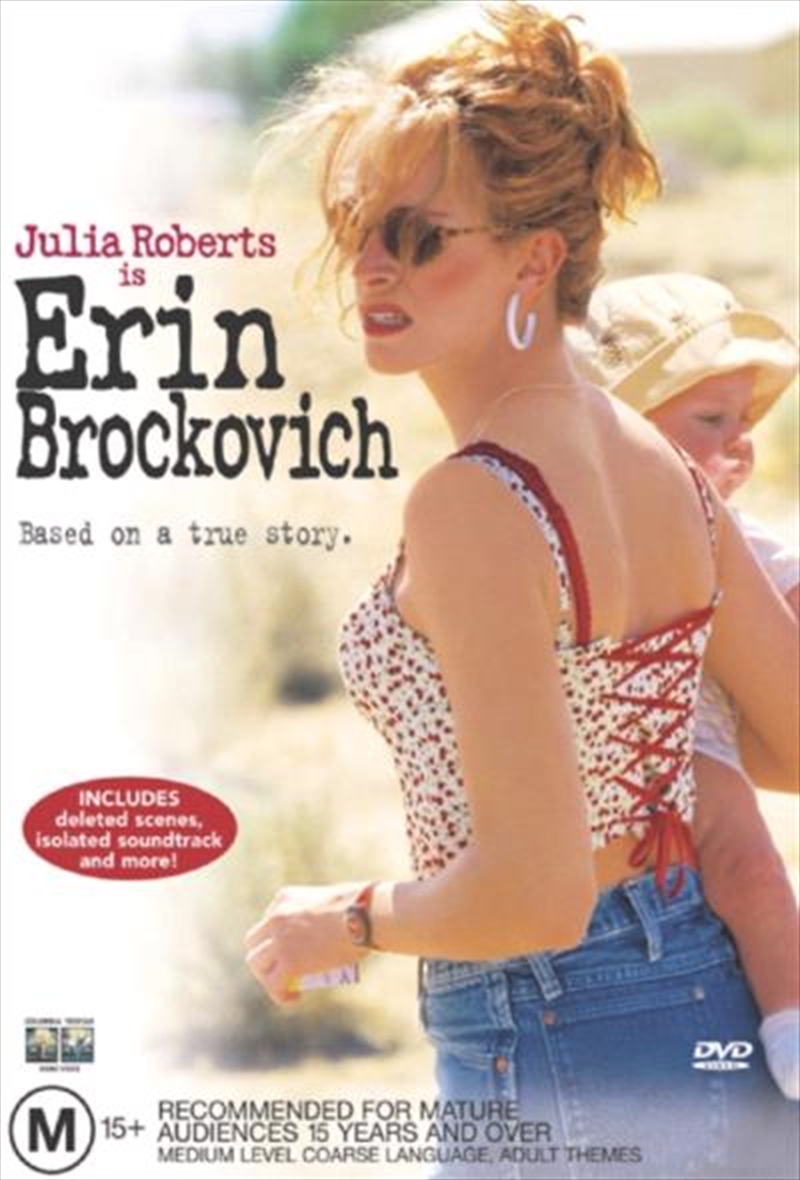 Shipping - See delivery options.
Postcode:
Quantity:
SEE MORE IN:
$5 Movies & More Feel Good Movies
She brought a small town to its feet and a huge corporation to its knees.

Academy Award nominated actress Julia Roberts (Pretty Woman) stars in this compelling drama directed by Oscar nominated Steven Soderbergh (sex, lies and videotape). Twice-divorced mother Erin (Roberts) struggles to be taken seriously. When working as a file clerk in a small law firm, she stumbles upon a cover-up involving contaminated water in a nearby town. Through sheer determination, she convinces her boss to investigate, and in the process, uncovers the culprit. Although the local citizens are initially leery of becoming involved, Erin's brash manner and ability to speak to them clearly earns their trust. With over 600 plaintiffs signed up, the trial results in the largest settlement ever paid in a direct-action suit.