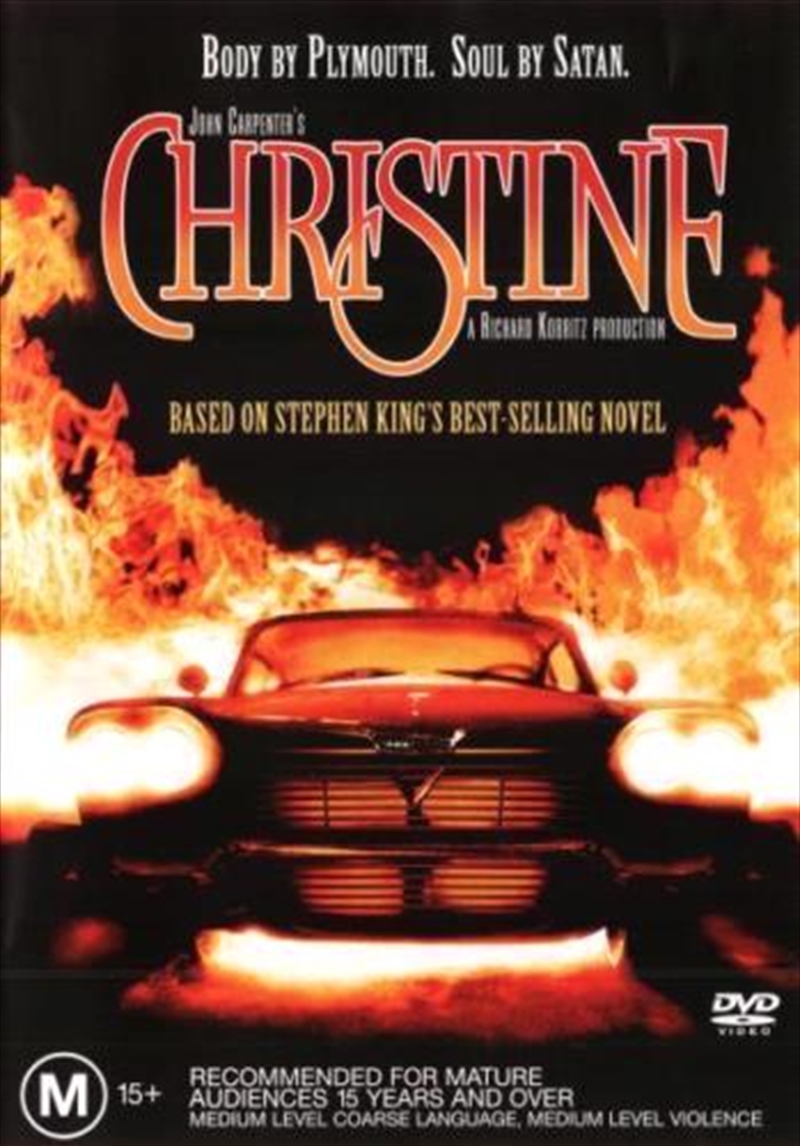 She was born in Detroit on an automobile assembly line. But she is no ordinary automobile. Deep within her chassis lives an unholy presence. She is CHRISTINE a red and white 1958 Plymouth Fury whose unique standard equipment includes an evil, indestructible vengeance that will destroy anyone in herway. She seduces 17-year-old Arnie Cunningham (Keith Gordon) who becomes consumed with passion for her sleek rounded chrome-laden body. She demands his complete and unquestioned devotion and when outsiders seek to interfere, they become the victims of Christine's horrifying wrath. John Carpenter brings Stephen King's best selling novel to life in this chilling thriller.

-filmographies of the director and cast members

-choice of subtitles and languages