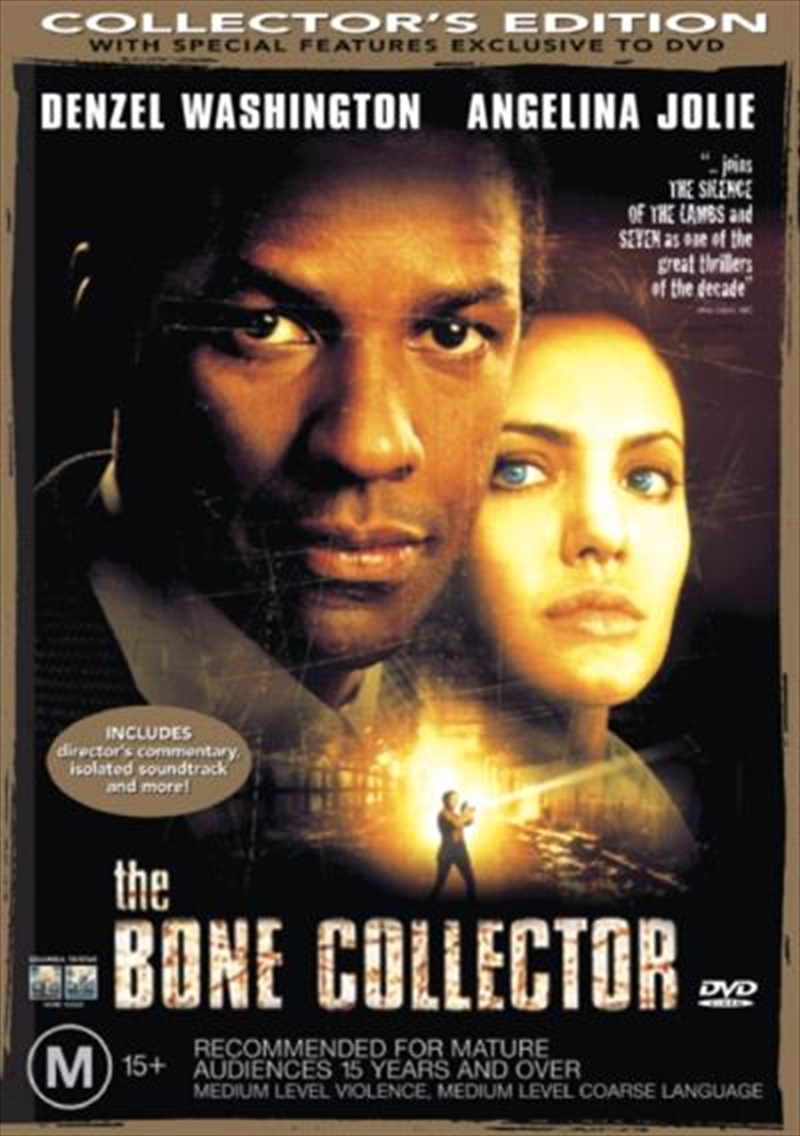 Shipping - See delivery options.
Postcode:
Quantity:
SEE MORE IN:
3 for $20 Movies & More
DESCRIPTION
Two cops on the trail of a brutal killer. They must see as one, they must act as one, they must think as one, before the next victim falls.

A murderer is loose on the streets of Manhattan. A diabolical killer who leaves a trail of cryptic messages hidden at the scene of his brutal crimes. The one person who can solve the riddle of the killers' motive is legendary homicide detective Lincoln Rhyme. But Rhyme was paralyzed in a tragic accident and can only watch as the Cops bungle the case...until they come to him for help. Teamed with a rookie street cop who will go where he can't, Rhyme must try to get inside the mind of the killer, unravelling the clues and racing the clock before he strikes again. Acclaimed actors Denzel Washington (from The Siege and Fallen) and Angelina Jolie (from Girl Interrupted and Pushing Tin) headline a superb cast in this intense, suspense thriller based on Jeffrey Deaver's best selling-novel.
DETAILS