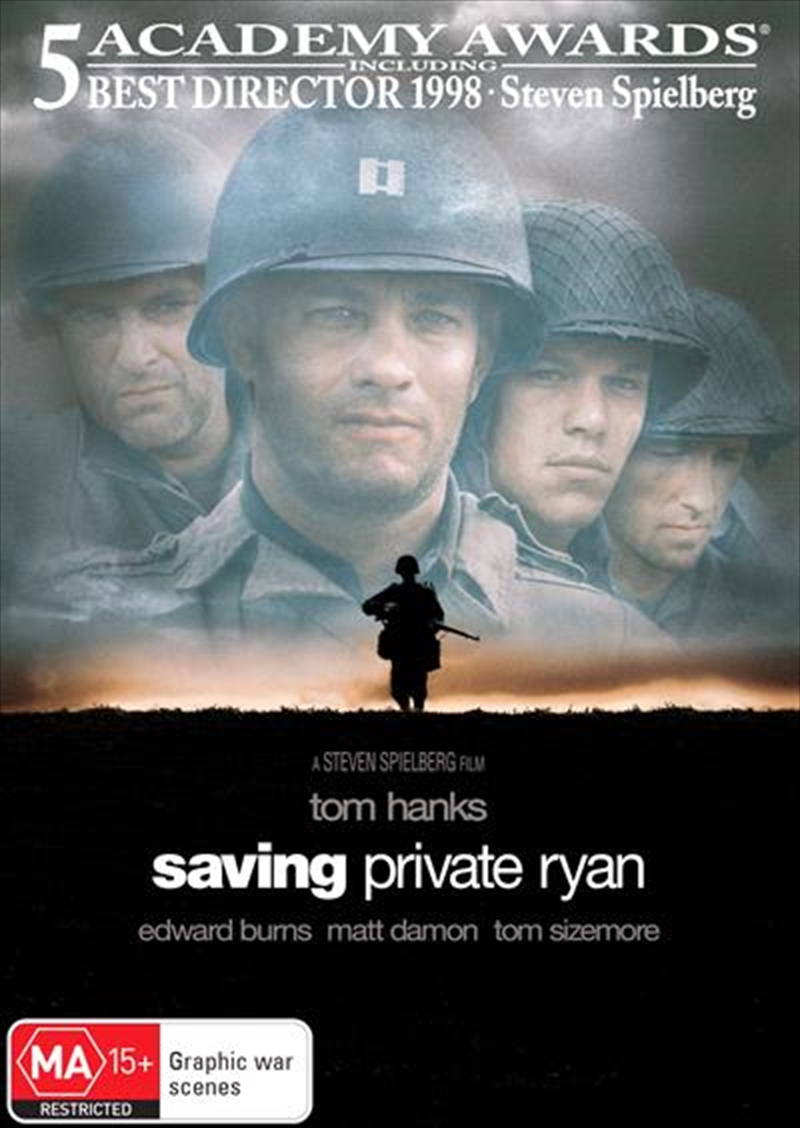 Shipping - See delivery options.
Postcode:
Quantity:
SEE MORE IN:
3 for $20 Movies & More
DESCRIPTION
Internationally acclaimed by critics and audiences alike, Steven Spielberg's Saving Private Ryan is an unforgettable film achievement that has had profound and lasting impact throughout the world. Winner of five Academy Awards including Best Director, the film also captured Oscars for Cinematography, Film Editing, Sound and Sound Effects Editing. More than 70 critics (including those at Time magazine, USA Today, The New York Times and Entertainment Weekly) and critics' groups in New York, Chicago, Dallas-Ft. Worth and Great Britain named the film Best Picture of the Year, while the Los Angeles, Toronto and Broadcast Film Critics honoured it with both Best Picture and Best Director awards. In addition, Spielberg received his third Directors Guild of America Award, the American Legion "The Spirit of Normandy" Award, a USO Merit Award from the USO of Metropolitan Washington, as well as the highest civilian public service award from the Department of the Army. Selected for more than 160 Top Ten lists, Saving Private Ryan's other honours include Golden Globes for Best Picture (Drama) and Best Director, the Producers Guild of America Award and ten nominations from the British Academy Film Awards. Saving Private Ryan was the top-grossing motion picture of 1998.Seen through the eyes of a squad of American soldiers, the story begins with World War II's historic D-Day invasion, then moves beyond the beach as the men embark on a dangerous special mission. Captain John Miller (Tom Hanks) must take his men behind enemy lines to find Private James Ryan, whose three brothers have been killed in combat. Faced with impossible odds, the men question their orders. Why are eight men risking their lives to save just one? Surround by the brutal realities of war, each man searches for his own answer - and the strength to triumph over an uncertain future with honour, decency and courage.
TRAILER
DETAILS