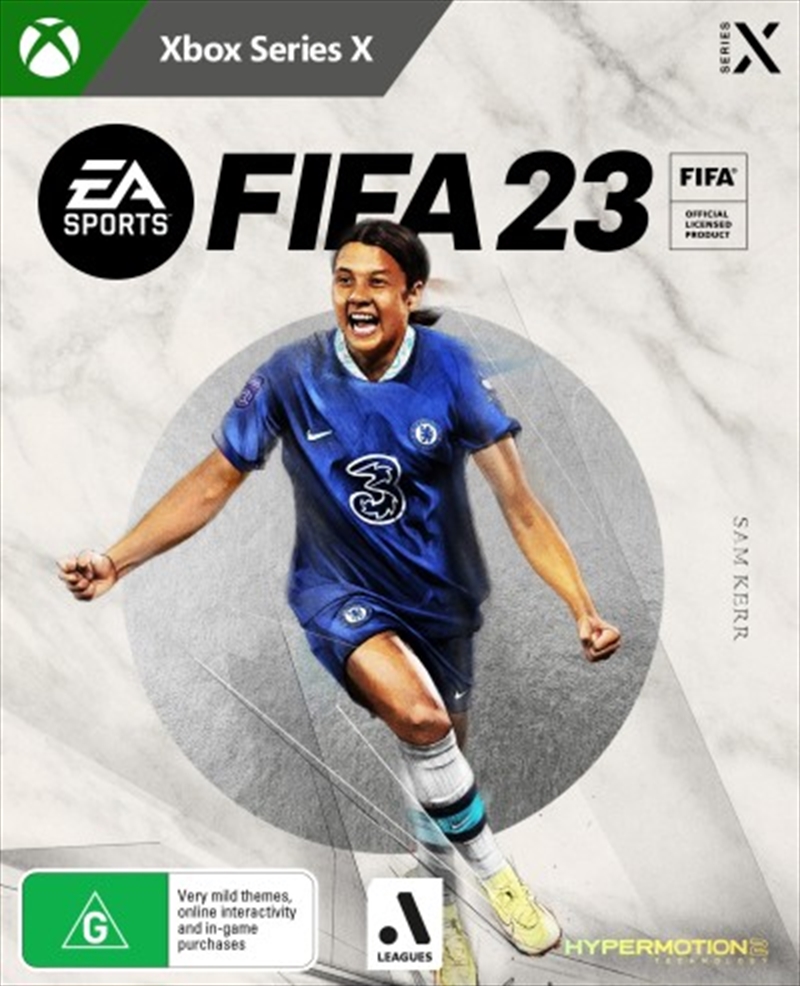 EA Sports FIFA 23 brings even more of the action and realism of football to the pitch in The World's Game, with advances in HyperMotion2 Technology driven by twice as much real-world motion capture helping to create more true football animation than ever before in every match. Play the biggest tournaments in football with both the men's and women's FIFA World Cup coming to FIFA 23 during the season, play as women's club teams - powered by dedicated HyperMotion2 animation - for the first time ever, plus enjoy cross-play features that make it easier to play against friends.

HyperMotion2 Technology - Advances to HyperMotion gameplay technology with twice as much match data capture unlock new features and brings over 6000 authentic animations taken from millions of frames of advanced match capture to FIFA 23.

FIFA World Cup - Experience the pinnacle of international football with the men's FIFA World Cup Qatar 2022 and FIFA Women's World Cup Australia and New Zealand 2023, with more information to follow in the build-up to each tournament.

Training Centre - A new coaching system helps introduce new and less experienced players to the fundamentals of gameplay, with a series of challenges and chapters to help you improve your game.

FIFA 23 Ultimate Team - FUT Moments and a revamped Chemistry system give you a whole new way to play and build your dream squad, as new ICONs and FUT Heroes join the game's most popular mode.

Career Mode - Define your personality as a player, manage as some of football's most famous names, and enjoy a new way to play your season with Playable Highlights in the most authentic FIFA Career Mode experience to date.

Pro Clubs - Bring more personality than ever before to the pitch with new customisation, improvements to Drop Ins, new perks, and more.

VOLTA FOOTBALL - Get together with friends or the VOLTA FOOTBALL Community and express your style in new and upgraded VOLTA Arcades, with more ways to make your Avatar your own.