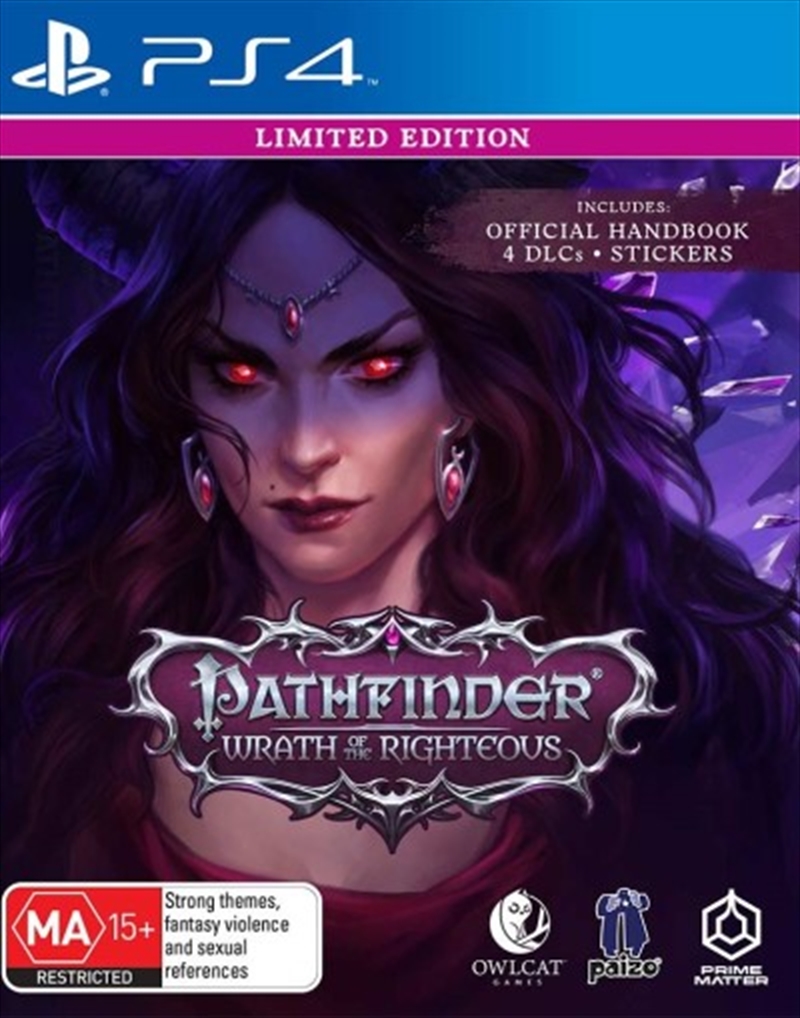 The Choice Is Yours, Crusader

Embark on a journey to a realm overrun by demons in a new epic RPG from the creators of the critically acclaimed Pathfinder: Kingmaker. Explore the nature of good and evil, learn the true cost of power, and rise as a Mythic Hero capable of deeds beyond mortal expectations.

Your path will lead you to the Worldwound, where the opening of a rift to the Abyss has unleashed all-consuming terror across the land. For over a century, the neighbouring nations have fought fearlessly, trying to drive the enemy back - but to little avail.

Now, you have the chance to put an end to this conflict, but the path to salvation is far from clear-cut. Will you become a shining angel, backed by noble paladins? Or a powerful necromancer with hordes of immortal undead in your thrall? Or something else entirely? Lead your army and challenge mighty demon lords. Your crusade will set in motion a chain of events that will leave you - and the world itself - forever changed.

PLAY YOUR HERO, YOUR WAY - Create any character imaginable with the flexibility, richness, and depth of the Pathfinder First Edition ruleset. Choose from 25 classes, 12 character races, and more than a thousand spells, feats, and abilities to suit your personal playstyle.

FOR EVERY CHOICE, A CONSEQUENCE - Your decisions have more weight than ever before. Your goal is clear, but you must forge your own path to it. Who will die, and who will live? Who will stay, and who will go? Make your choices, and watch the world around you change.

A NEW WAY TO FIGHT - Enjoy two combat modes as you slay your enemies - real-time with pause or turn-based. Switch between them on the fly, so you can always take things as slowly - or as quickly - as you like. The unique Pathfinder ruleset also allows you to perform advanced combat maneuvers, like mounted combat. Use them wisely!

GATHER YOUR PARTY - A cast of more than 10 unique companions is ready to join your cause. Earn their trust and respect, and they will have your back no matter what dangers lie ahead. And if you get on their bad side, well... Maybe it's time to part ways.

Lead the Crusade - You will need much more than a party of adventurers to cleanse the land of its demonic scourge. Take command of the crusaders and lead them to victory - both as a strategist, controlling the battle from above, and as a field commander, in a new tactical combat mode.

Choose Your Path - Explore nine unique Mythic Paths: obtain extraordinary abilities and shape everything that comes next. Your decisions might transform you into a celestial Angel, a raging Demon, a powerful Lich, a cunning Trickster, an otherworldly Aeon, a rebellious Azata, a wise Gold Dragon, an insatiable Swarm That Walks - or remain mortal and walk the arduous path toward becoming a living Legend.

FACES OF WAR - New crusaders arrive in Kenabres to fight the demons and free Golarion from the Worldwound. This free DLC includes:
Three new portraits to choose from when creating a new character - aasimar, halfling and half-elf,
Ability to zoom the camera in the character window,
Additional options for customizing the character's appearance: new hairstyles, faces, war paints, and hair colours.

LOVE BEYOND DEATH - The demonic invasion cut many lives short without warning. The unstoppable catastrophe brought death to all in equal measure rich and poor, fortunate and unfortunate, young and old. This free DLC includes a side quest for Chapter 5 of the Wrath of the Righteous main story. You will visit the new area of Bear's Maw Shrine. There you will see the consequences of the demonic invasion, which occurred right in the middle of one of the most significant events in any person's life a wedding.

PAINT OF WAR - War is a skilled artist who paints on the bodies of those who fight in it. Looking at these drawings, one can easily distinguish between a veteran of the crusades and a green recruit. This free DLC includes additional options for customising the character's appearance: new types of tattoos, and body art, and the ability to change eye color.

A VISITOR FROM DISTANT LANDS - Known for their wisdom, majestic sovereign dragons rarely leave their homeland of Tian Xia. It is even more surprising to find one of them, young and brave, among the personal belongings of the heroes of the Fifth Crusade. He is still too young to fight demons, but he will gladly help those in need with his valuable advice. Acquire a new pet - a tiny sovereign dragon. His great wisdom will help you succeed at all Knowledge and Lore skill checks. You can find this new pet in your personal chest.