Boonie Bears - Back To Earth 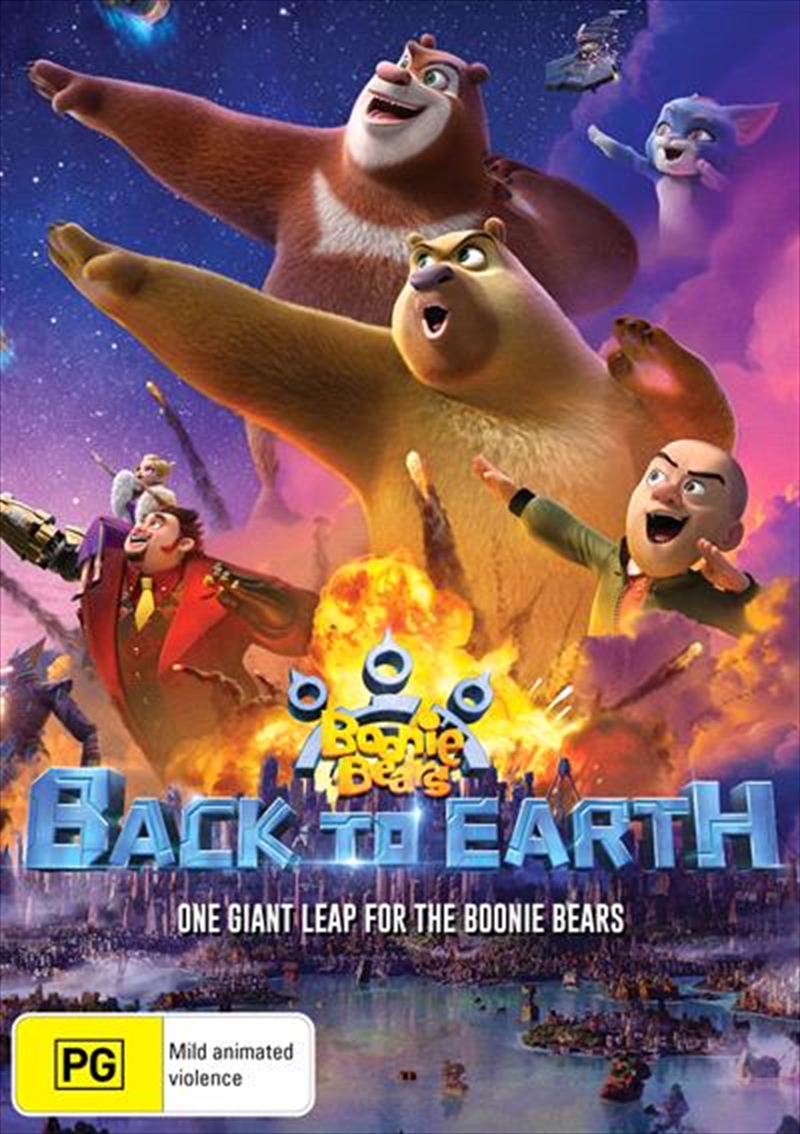 Shipping - See delivery options.
Postcode:
Quantity:
SEE MORE IN:
Hottest Pre-Orders 2 for $40 Movies All 2 for $40
One giant leap for the Boonie Bears

A mysterious alien named Avi arrives in Pine Tree Mountain and befriends Bramble Bear. Bramble learns that Avis people originated from Earth millions of years ago. They were a highly developed civilization that thrived but did harm to the Earths environment. In the end, they had to flee their home planet. When Avi leads Bramble to the ancient relics of his people, they are attacked by a high-tech human army using all sorts of weapons. Can they work together to protect the Earth from this new threat?

Title: Boonie Bears - Back To Earth