Paul McCartney's Get Back 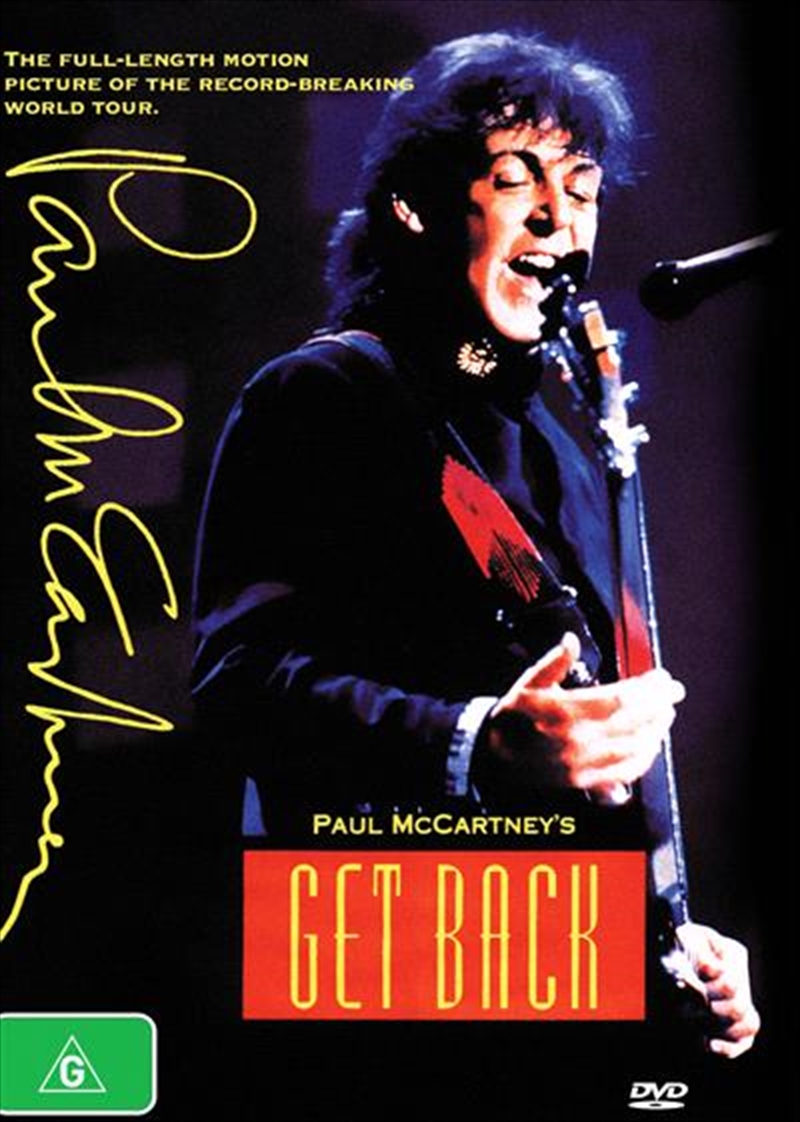 Shipping - See delivery options.
Postcode:
Quantity:
SEE MORE IN:
New Release DVD & Blu-ray New Release Movies Paul McCartney
After 13 years producing studio albums, ex-Beatle Paul McCartney made a remarkable return to the road in 1989-1990 with his Get Back world tour. The show, which also featured Paul's wife Linda, as well as a full band, showcased music from throughout McCartney's career, with a carefully-selected set list comprised of just the hits. Richard Lester, who made the early Beatles films Help! and A Hard Day's Night, came out of retirement to create this document of the tour, which is comprised of highlights from concerts across the globe.

Title: Paul McCartney's Get Back