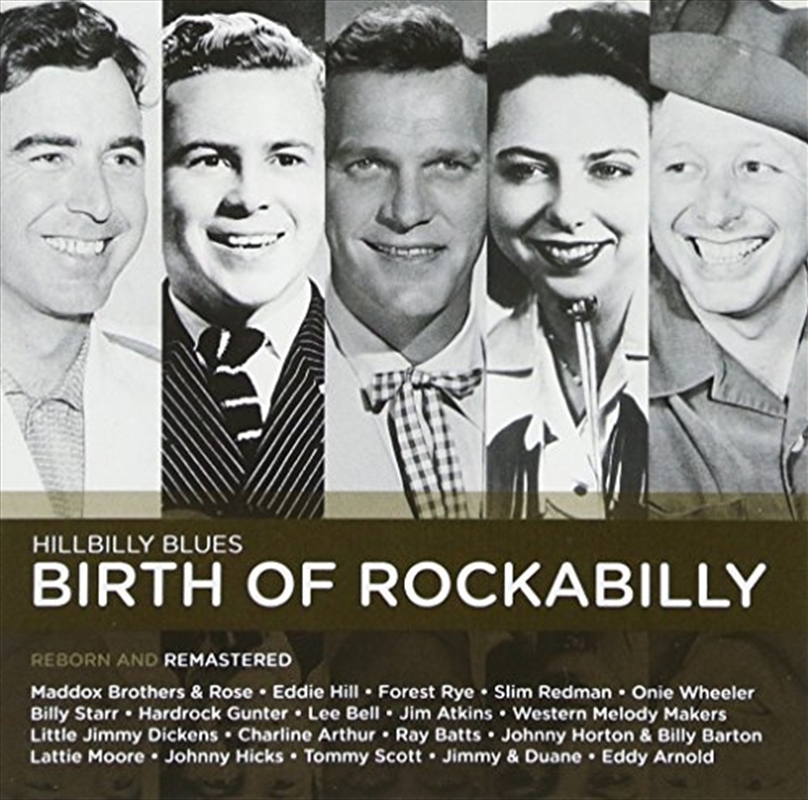 The HALLOFFAME music series is a great way to explore and discovery the origins of our collective recorded music history. The series has been lovingly remastered, giving new life to the original tracks and allowing them to sound as they never have before! Rockabilly is one of the earliest styles of rock and roll music, dating back to the early 1950s in the United States, especially the South. Some have described it as a blend of bluegrass with rock and roll. The term “rockabilly” itself is a portmanteau of “rock” (from “rock ‘n’ roll”) and “hillbilly”, the latter a reference to the country music (often called “hillbilly music” in the 1940s and 1950s) that contributed strongly to the style. Other important influences on rockabilly include western swing, boogie woogie, jump blues, and electric blues.