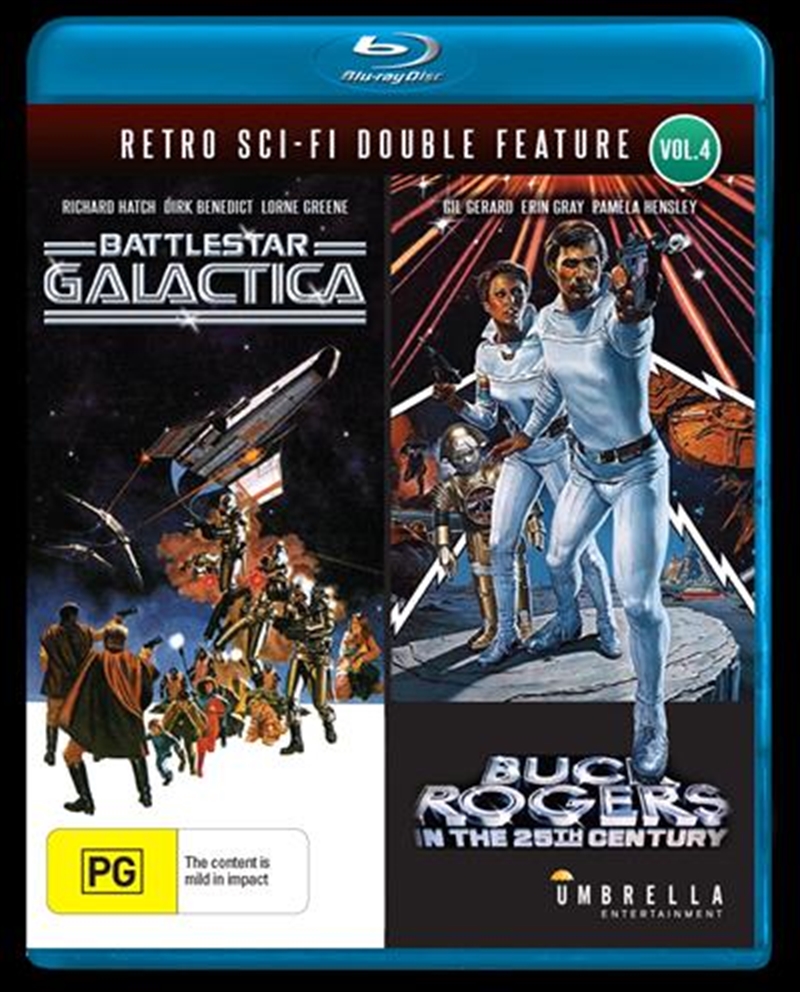 Shipping - See delivery options.
Postcode:
Quantity:
SEE MORE IN:
New Release DVD & Blu-ray New Release Movies
Battlestar Galactica - There are those who believe that life here began out there. In the deepest reaches of space, it is a fight to save all human life from extinction in this thrilling sci-fi adventure! After the Cylon's launch a devastating surprise attack on the Twelve Colonies, a lone flagship battlestar, the Galactica, remains to aid the surviving colonists on their epic journey for a new home on a far-off legendary planet Earth. They must survive the pursuing Cylons in a series of epic battles that will determine the fate of the human race in this non-stop action-packed classic.
Buck Rogers in the 25th Century - The original space man! The ultimate trip!! Blast off to the 25th century with Buck Rogers, one of the most popular sci-fi heroes of all time! When 20th century astronaut William Buck Rogers (Gil Gerard) is awakened 500 years after a deep space disaster to an Earth in recovery from nuclear war, he must join Colonel Wilma Deering (Erin Gray) to lead the crew of the starship Searcher against a galaxy of evil from the past, present and faraway future.