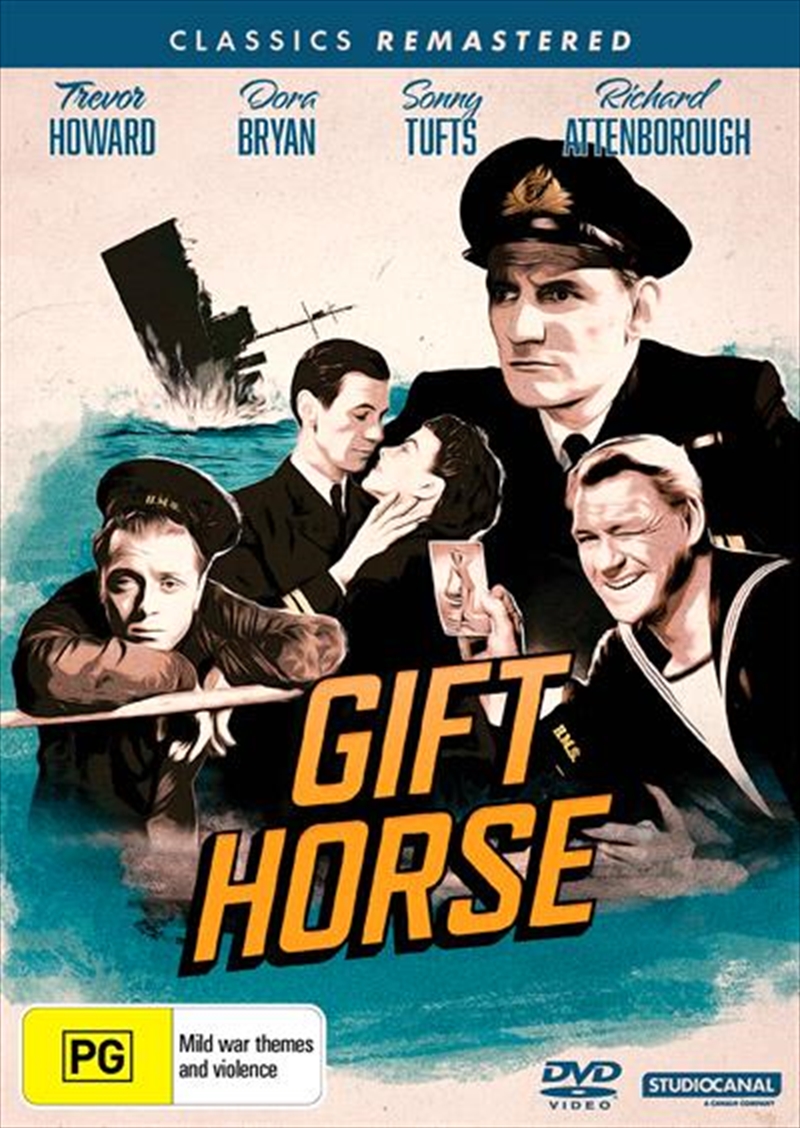 Shipping - See delivery options.
Postcode:
Quantity:
SEE MORE IN:
4 for $50 DVD, Blu-ray & More New Release DVD & Blu-ray New Release Movies
In 1940, the Royal Navy is frantically recruiting for WWII so pulls Lieutenant Commander Fraser out of retirement to captain the HMS Ballantrae, herself recently re-commissioned and lent by the Americans to a seriously under-resourced British Navy. Despite an inauspicious start and multiple repairs, Fraser crafts the ship and its crew into an efficient fighting force, culminating in a daring mission to destroy a French dockyard which is crucial to the Nazis in maintaining their formidable battleships. The climax of the film is a fictional account of the real-life St Nazaire Raid of 1942 AKA Operation Chariot - led by a ship very similar to the Gift Horse itself, and celebrated as The Greatest Raid of All.