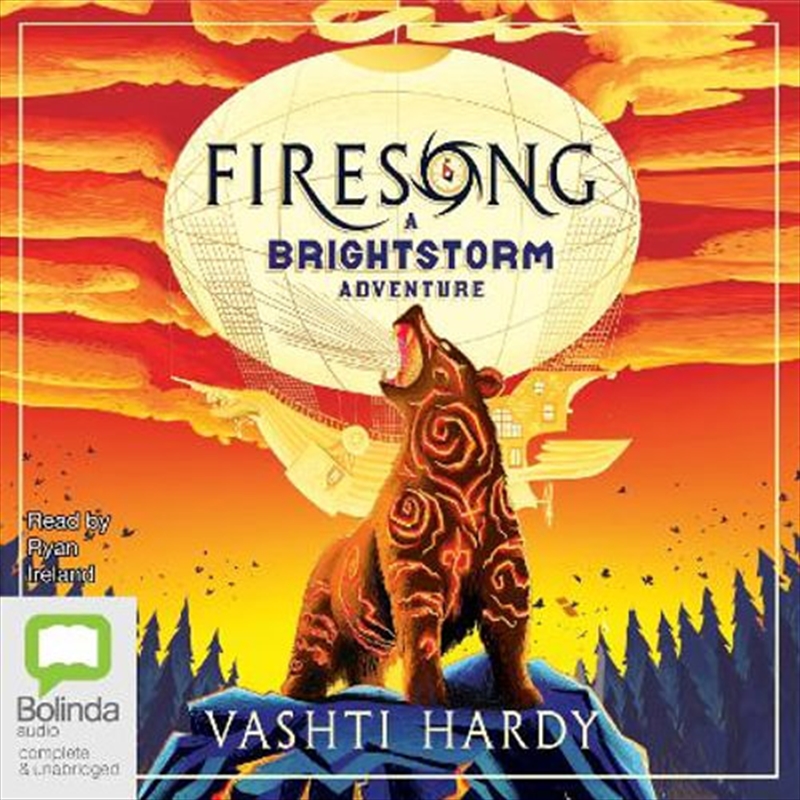 Return to Vashti Hardy's marvelously imagined world in this sweeping and propulsive new addition to the Brightstorm series.

Arthur and Maudie Brightstorm are back home in Lontown and finally settling in after their exhilarating – and secret – adventures in Erythea. Maudie's sky-ak invention is a hit, and Harriet has just announced that she will share her sky-ship's hydroelectric technology.

But tensions are brewing. Pitch is becoming more and more difficult to mine, and the existence of super-sapient creatures on other continents threatens how the Explorers see themselves in the natural order of the world. When Arthur and Maudie begin hearing a strange song summoning them north – a song only they can hear – they know there's an adventure waiting for them that may change the lives of everyone in the Wide. As the crew of the Aurora prepares for their trip, they're joined by new members and old friends. But they're not the only sky-ship journeying northward to uncover the region's secrets ...

Vashti Hardy is a writer of children's books living near Brighton in Sussex with her husband and three teens. She was a primary school teacher for several years, and has a special interest in children’s writing, especially free-writing and the use of journals and creating fantasy worlds. She has a first-class honours teaching degree with English specialism and an MA in Creative Writing from the University of Chichester. After leaving teaching to focus more on her writing, she became a copywriter and digital marketing executive.

Vashti is an alumni member and writing buddy of The Golden Egg Academy and is represented by Kate Shaw of The Viney Shaw Agency, and her books BRIGHTSTORM and WILDSPARK are published in the UK by Scholastic.