I Saw What You Did | Cinema Cult 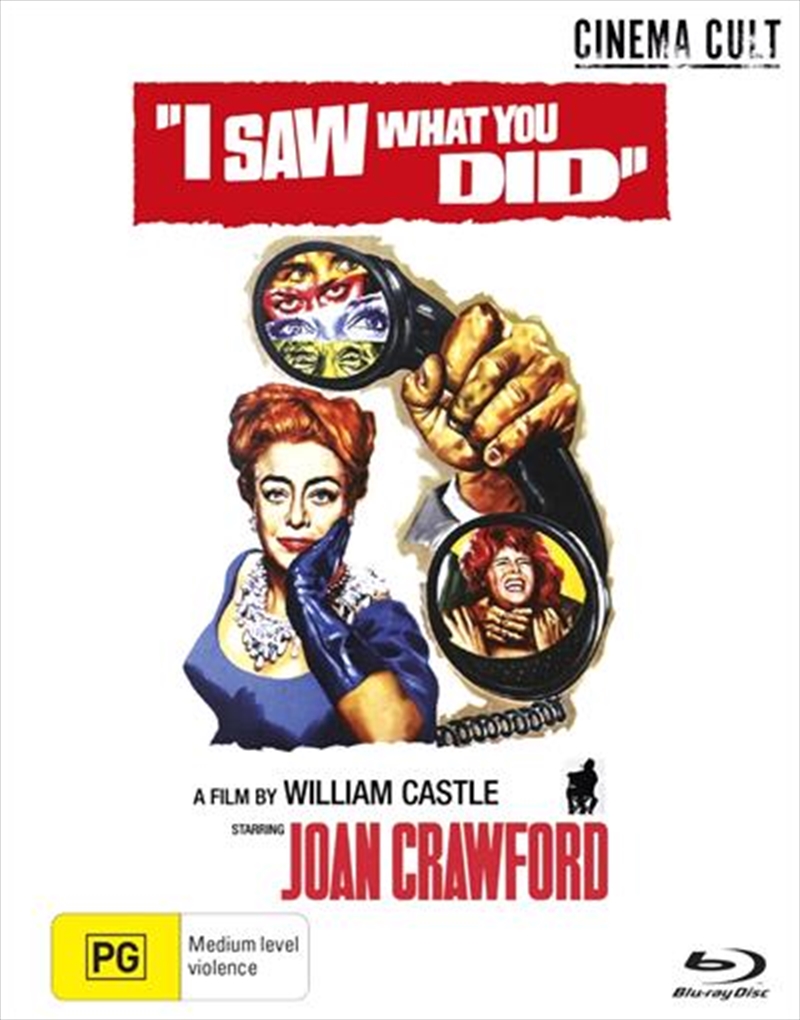 Shipping - See delivery options.
Postcode:
Quantity:
SEE MORE IN:
New Release DVD & Blu-ray New Release Movies 2 for $40 Movies All 2 for $40
A prank phone call leads to a night of pure terror in director William Castle's I Saw What You Did, starring screen legend Joan Crawford. With her parents away on an overnight trip, Libby (Andi Garrett) amuses herself by joining her friend Kit (Sarah Lane) in calling up strangers and whispering , I saw what you did. When Libby dials Steve Marak (John Ireland), a pyschopath who just murdered his wife (Joyce Meadows), his jealous neighbour (Crawford) listens in on the call - a conversation that ends with the panicky killer determined to silence them all.

Title: I Saw What You Did | Cinema Cult