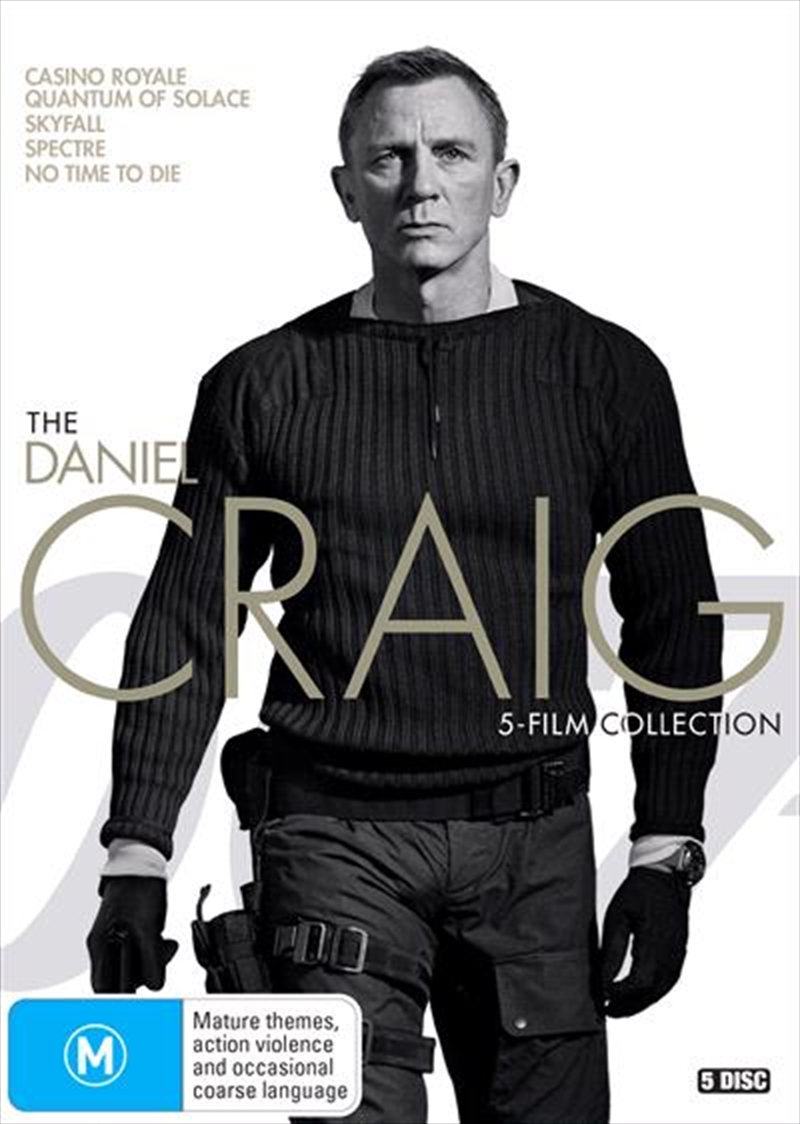 Shipping - See delivery options.
Postcode:
Quantity:
SEE MORE IN:
New Release DVD & Blu-ray James Bond New Release Movies
Casino Royale - Casino Royale introduces James Bond (Daniel Craig) before he holds his license to kill. But Bond is no less dangerous, and with two professional assassinations in quick succession, he is elevated to 00 status. M (Judi Dench), head of the British Secret Service, sends the newly promoted 007 on his fi rst mission that takes him to Madagascar, the Bahamas and eventually leads him to Montenegro to face Le Chiffre a ruthless financier under threat from his terrorist clientele who is attempting to restore his funds in a high-stakes poker game at the Casino Royale. M places Bond under the watchful eye of the treasury official Vesper Lynd. At first sceptical of what value Vesper can provide, Bonds interest in her deepens as they brave danger together. Le Chiffres cunning and cruelty come to bear on them both in a way Bond could never imagine, and he learns his most important lesson: Trust no one.
Quantom Of Solace - On a nonstop quest for justice that crisscrosses the globe, Bond meets the beautiful but feisty Camille (Olga Kurylenko), who leads him to Dominic Greene (Mathieu Amalric), a ruthless businessman and major force within the mysterious Quantum organisation. When Bond uncovers a conspiracy to take control of one of the worlds most important natural resources, he must navigate a minefield of treachery, deception and murder to neutralize Quantum before its too late!
Skyfall - In SKYFALL, Bonds loyalty to M (Judi Dench) is tested as her past returns to haunt her. 007 must track down and destroy the threat, no matter how personal the cost. When Bonds latest assignment goes gravely wrong and agents around the world are exposed, MI6 is attacked, forcing M to relocate the agency. These events cause her authority and position to be challenged by Mallory (Ralph Fiennes), the new Chairman of the Intelligence and Security Committee. With MI6 now compromised from both inside and out, M is left with one ally she can trust: Bond. 007 takes to the shadows aided only by field agent Eve (Naomie Harris) following a trail to the mysterious Silva (Javier Bardem), whose lethal and hidden motives have yet to reveal themselves.
Spectre - A cryptic message from the past sends James Bond (Daniel Craig) on a rogue mission to Mexico City and eventually Rome, where he meets Lucia Sciarra (Monica Bellucci), the beautiful and forbidden widow of an infamous criminal. Bond infiltrates a secret meeting and uncovers the existence of the sinister organisation known as SPECTRE. Meanwhile back in London, Max Denbigh (Andrew Scott), the new head of the Centre for National Security, questions Bonds actions and challenges the relevance of MI6, led by M (Ralph Fiennes). Bond covertly enlists Moneypenny (Naomie Harris) and Q (Ben Whishaw) to help him seek out Madeleine Swann (La Seydoux), the daughter of his old nemesis Mr. White (Jesper Christensen), who may hold the clue to untangling the web of SPECTRE. As the daughter of an assassin, she understands Bond in a way most others cannot. As Bond ventures towards the heart of SPECTRE, he learns of a chilling connection between himself and the enemy he seeks, played by Christoph Waltz.
No Time To Die - In NO TIME TO DIE, Bond has left active service and is enjoying a tranquil life in Jamaica. His peace is short-lived when his old friend Felix Leiter from the CIA turns up asking for help. The mission to rescue a kidnapped scientist turns out to be far more treacherous than expected, leading Bond onto the trail of a mysterious villain armed with dangerous new technology.