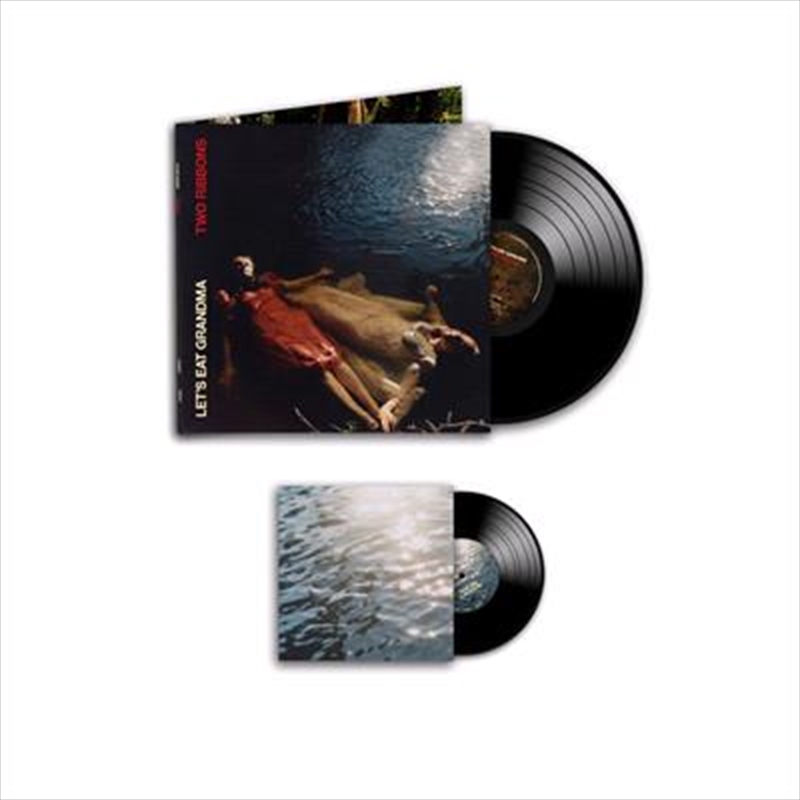 Co-produced by David Wrench and Let’s Eat Grandma, Two Ribbons tells the story of the last three years from both Jenny and Rosa’s points of view. As a body of work, it is astonishing: a dazzling, heart-breaking, life-affirming and mortality-facing record that reveals their growing artistry and ability to parse intense feeling into lyrics so memorable you’d scribble them on your backpack. The band has been through a lot in the last three years, and Two Ribbons is the artefact that signals a progression out of distressing times; a story of loss, change, and of survival; a proof of life.

Both Rosa and Jenny found themselves more involved in the production of this album, experimenting with new sounds and diverse instrumentations within the studio. On this record Rosa threw herself into the behind the scenes work and driving her own sonic agenda, whilst Jenny sought to synthesise new influences to forge new spaces artistically for the group.

The backdrop to Two Ribbons is two women navigating their way through a lot, for the first time without the tiller of each other to guide them. The songs they wrote and eventually brought to each other are little pockets of light in the darkness, signals in the night to show each other how they were feeling and what they had lost.