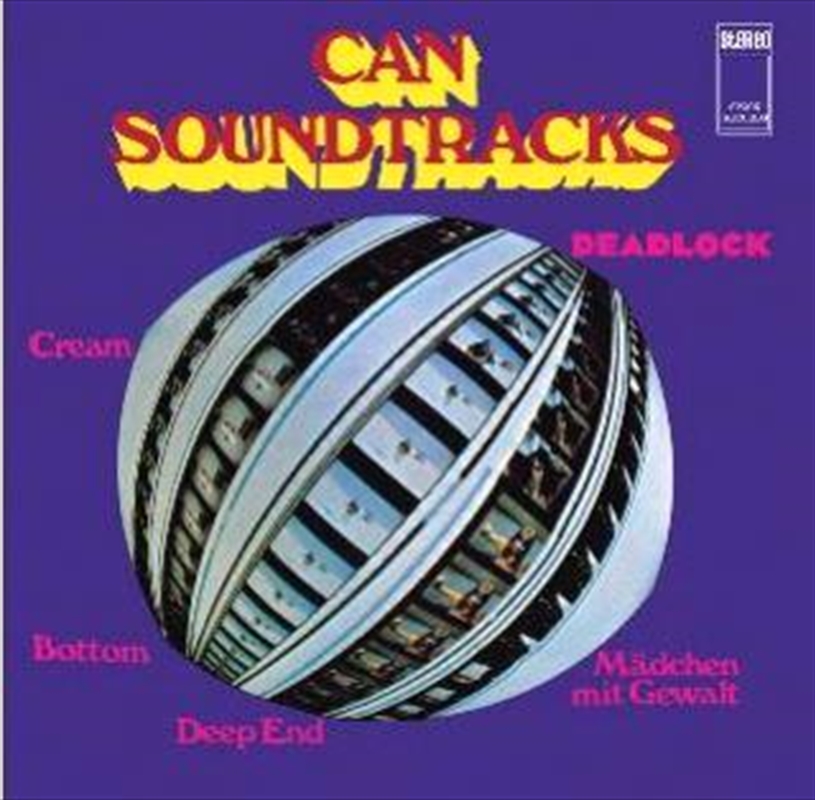 Following the release of the first two parts of Can's live series, Mute and Spoon Records reissue a 'Soundtracks' on clear purple vinyl.

'Soundtracks', a compilation of songs Can had composed for different movies, was released in 1970 before the band started work on their second album. This record said goodbye to the band's original vocalist, Malcolm Mooney, who features on 'Soul Desert' and 'She Brings The Rain', to be replaced by Japanese singer Damo Suzuki.

Bridging the gap between the improvisatory rock jams of their earlier recordings, 'Monster Movie' and 'Delay 1968', 'Soundtracks' also laid the foundations for their more electronic and experimental sounding work, such as 'Tago Mago' and 'Ege Bamyasi'.

4. Don't Turn the Light On, Leave Me Alone

7. She Brings the Rain