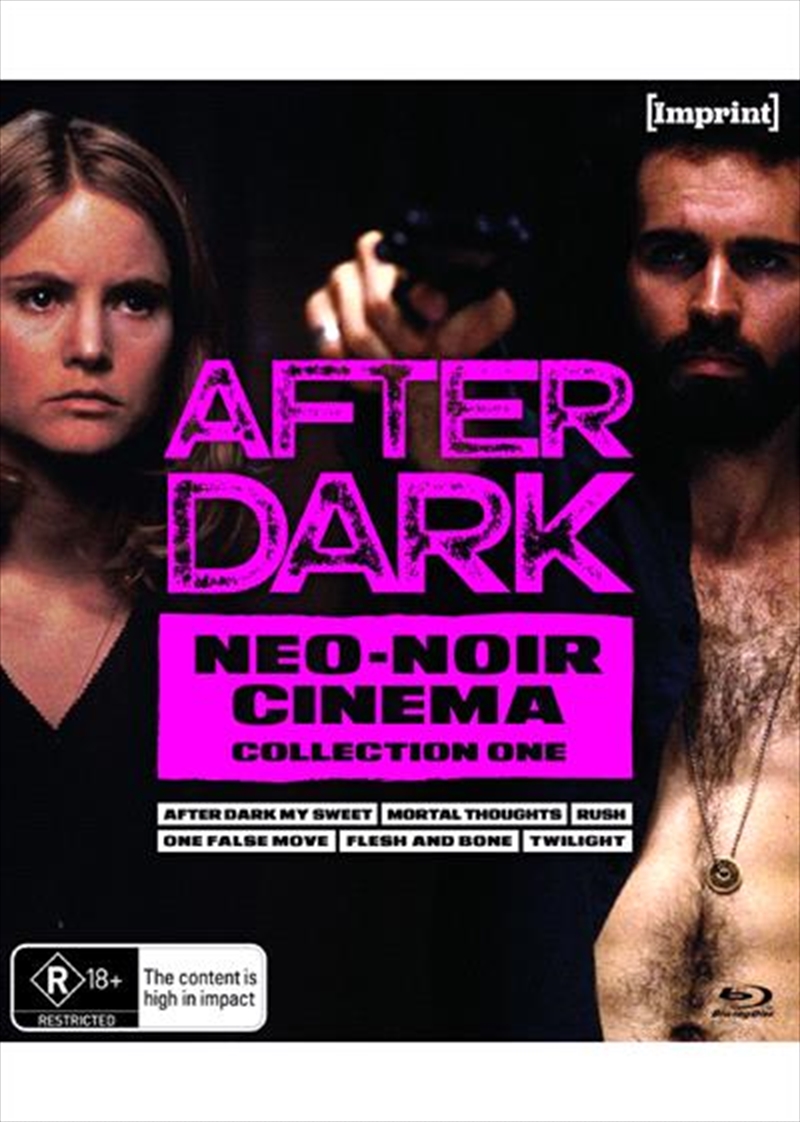 Shipping - See delivery options.
Postcode:
Quantity:
SEE MORE IN:
New Release DVD & Blu-ray New Release Movies
This six-disc limited edition collection brings together some of the best directors and actors in six crime-soaked tales of hard-boiled detectives, seductive women, mistaken identity and suspense, in the best tradition of the shadowy world of Neo Noir Cinema! Includes:
1. After Dark, My Sweet (1990) An ex-boxer seems the perfect pawn to pull off a kidnapping planned by a widow and a cop-turned-con. What they don't know is that their mark is an escapee from a mental institution.
2. Mortal Thoughts (1991) A determined police detective questions New Jersey housewife, Cynthia Kellogg, about the death of her best friend's abusive husband. Reluctant to incriminate her friend, Cynthia weaves a net of lies that eventually threatens her own family.
3. Rush (1991) Two undercover narcotics officers become lovers and addicts as they infiltrate the dangerous but intoxicating underbelly of the drug scene in order to bring down a suspected drug lord.
4. One False Move (1992) Two ruthless drug dealers commit a brutal mass murder in Los Angeles and are forced to flee the state. When Fantasia, their beautiful accomplice, begs to go home to Arkansas, she unwittingly leads them into the eye of the hurricane.
5. Flesh and Bone (1993) Fate unites a travelling vending machine stockist and a woman running from a broken marriage, offering them a future together. But a figure from the past awakens a memory as deep and dark as a grave: a family history written in cold blood.
6. Twilight (1998). A burned-out private eye is plunged into a murder mystery tied to a long-unsolved case of Hollywood dreams, schemes, and cover-ups among the locals who inhabit a Tinseltown world of privilege and sleaze, sexuality, and desperation, trust and double-cross.
Limited Edition 6-disc Hard Box with booklet featuring essays from Film Critics Walter Chaw & Pater Galvin.