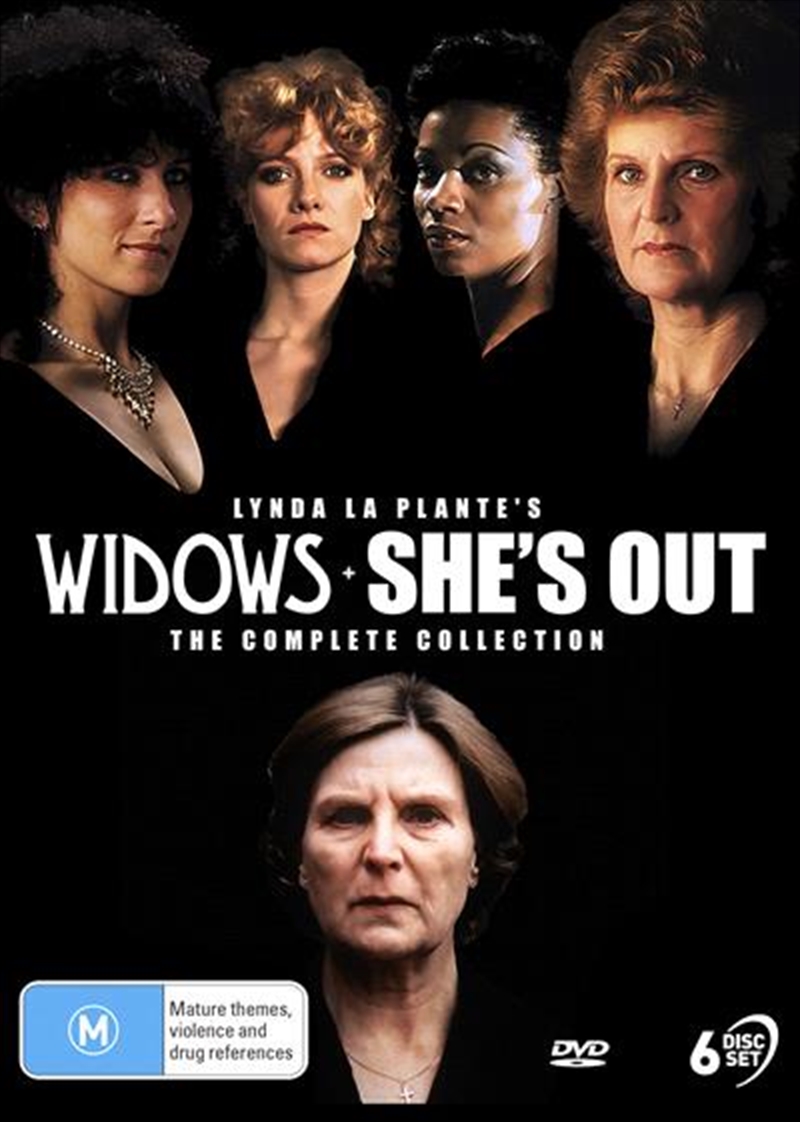 Shipping - See delivery options.
Postcode:
Quantity:
SEE MORE IN:
New Release DVD & Blu-ray New Release Movies
WIDOWS The gritty crime series with strong female lead characters and the career breakthrough which started Lynda La Plante on her path as one of television's highest profile writers, is back on DVD with both Series 1 & 2 NEWLY RESTORED from the original film elements. When their villain husbands are killed during the attempted robbery of a security van, three widows have a chance to start afresh. Then one of them finds the robbery plans and they decide to finish what their husbands started...
SHE'S OUT Dolly Rawlins is free again. She's served her sentence for her husband's murder and now she's looking to collect a cool 6,000,000 in diamonds, hidden after a robbery eight years ago. She had dreams of a new life and the diamonds will help her start afresh ... But the girls with whom she served time have their plans too... When they collect her at the prison gates, Dolly knows it's not out of kindness, but she's prepared to go along with them... for now. Ann Mitchell returns to her award winning role as Dolly Rawlins in the follow-up to Lynda La Plante's drama series Widows in this 2-disc set including all 6 episodes.