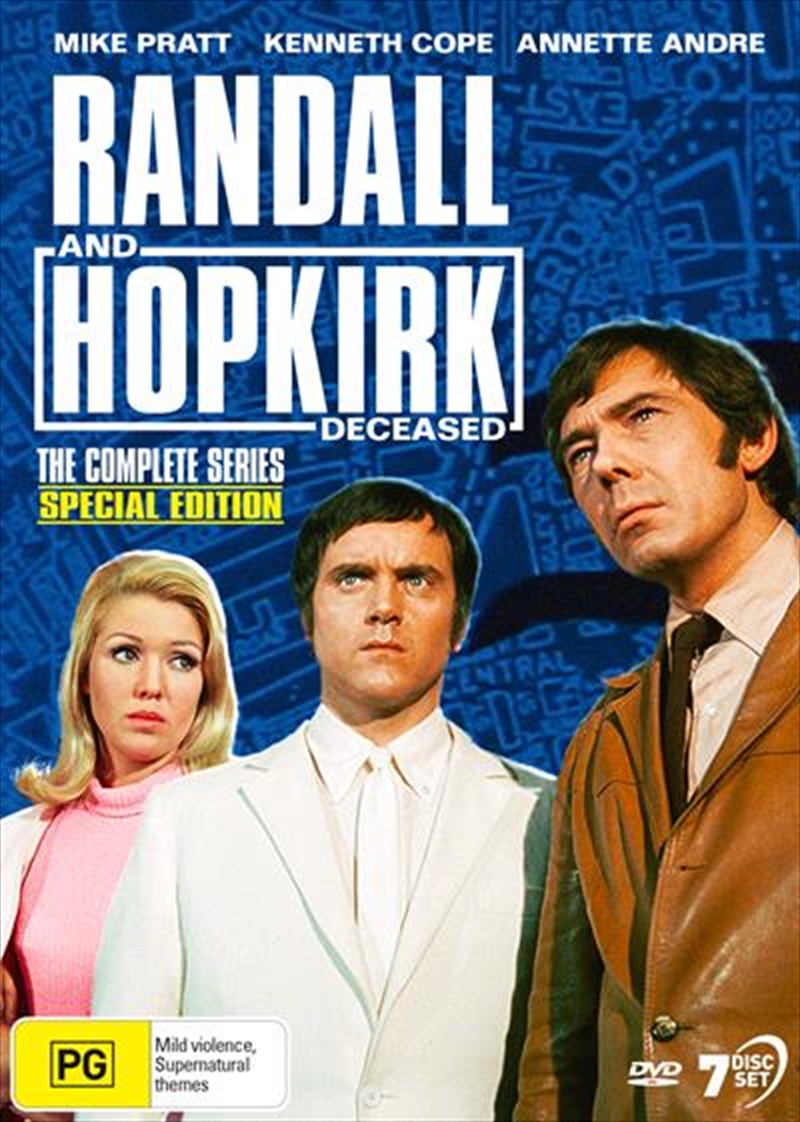 Shipping - See delivery options.
Postcode:
Quantity:
SEE MORE IN:
New Release Television
Jeff Randall (Mike Pratt) is a hard-bitten private eye with a problem: his partner, Marty Hopkirk (Kenneth Cope) - who was murdered investigating a case - still turns up to work. Only Jeff can see the earth-bound ghost, and while having a partner who can watch without being seen, transplant himself from one place to another, or summon help is an unfair advantage, Marty can be a somewhat cowardly spectre who often lands Jeff in trouble with the police. Marty' winsome widow, Jean (Annette Andre), now assists Jeff at the office, and although she cannot see him, Marty keeps a watchful eye over her... and Jeff! One of ITC's most-loved action series, this 7-disc set presents all 26 remastered episodes plus Special Features including audio commentaries, interviews with the cast, behind-the-scenes production footage, and more.