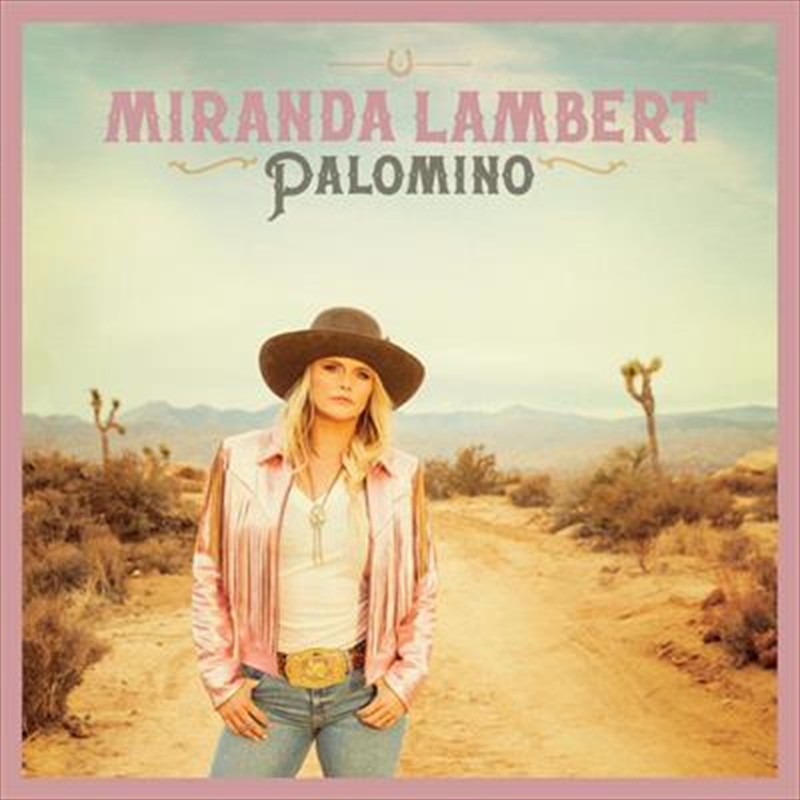 Some tape noise, a few slithering bass notes, a stick on a high hat’s rim...

A phased vocal cuts across the tension, a declaration of reckless abandon and the quest for something intriguing. With a slow build and a low-slung vibe, Miranda Lambert drops “Actin’ Up,” the opening track on her first solo album since 2019’s GRAMMY-winning Wildcard.

For the fiery vocalist/songwriter who has expressed the restlessness in the souls of people, especially women living life on their own terms, she raises the stakes with Palomino, a progressive 15-song cycle that explores the world and embraces life while seeking all the beauty and adventure she can find.

Postcards from the road, random images and moments, places seen and swallowed whole, characters you won’t forget... It’s all here in a strange brew of styles, sounds and wordplay that are absolutely Miranda.

Tapping longtime songwriting collaborators Luke Dick (Eric Church, Kacey Musgraves) and Jon Randall (Emmylou Harris, Dierks Bentley) to co-produce with her, Lambert once again pushes the envelope of what country music can contain. Nominated for a 2022 GRAMMY for The Marfa Tapes (with Randall and Texas icon Jack Ingram), she also dropped Hell of a Holiday with her girl group Pistol Annies and hit the Top 10 with Elle King with “Drunk (And I Don’t Wanna Go Home)” within a single year, while creating the most genre-bending and -grounding project country music has seen this century.

10. That’s What Makes The Jukebox Play