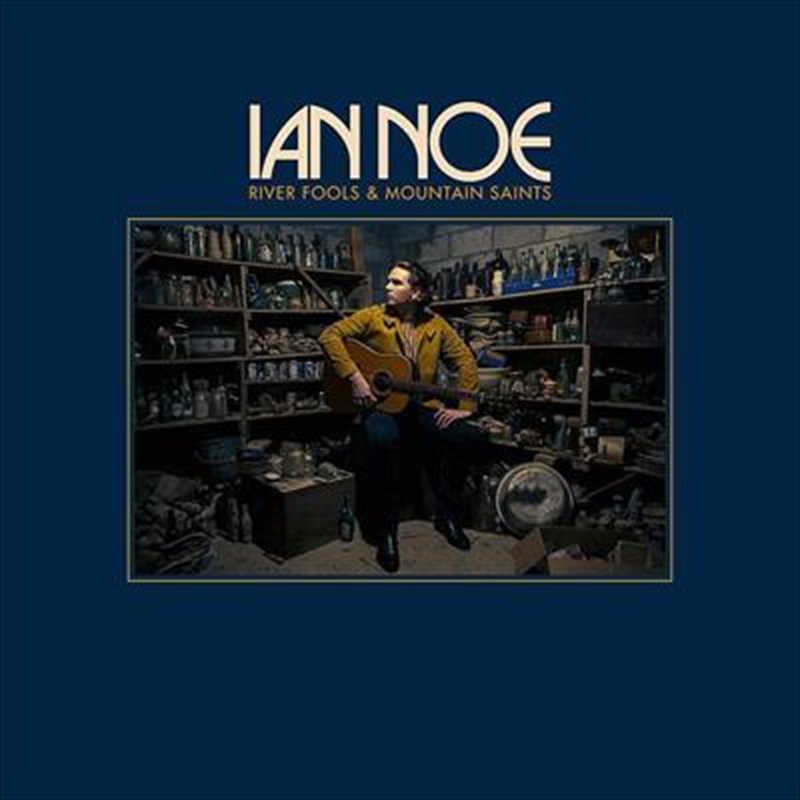 Following his 2019 critically acclaimed Between The Country, Ian Noe is back with River Saints & Mountain Fools, a digest of brilliant, touching, dark, harrowing, joyous and tragic stories.

Like the creeks that run and tributaries that trickle throughout singer-songwriter Ian Noe's homelands in Eastern Kentucky, water flows throughout his new LP. Thoughtfully and intentionally named, River Fools & Mountain Saints highlights Noe's storytelling prowess through 12 country rockers and Appalachian ballads, depicting contemporary and historical life in the region. Broader in scope and brighter in tone than his lauded debut, 2019's Between the Country, River Fools & Mountain Saints boasts a fuller sound with more diverse instrumentation.

Produced by Andrija Tokic (Phosphorescent, Alabama Shakes, Hurray for the Riff Raff, Benjamin Booker, AHI), and featuring "Little" Jack Lawrence (The Raconteurs) on bass and Derry deBorja (Jason Isbell & the 400 Unit) on keys, this album explores the themes of Nature, Appalachia, Division, Death, and Redemption. They recorded on reel-to-reel tapes in short spurts over the course of two years, without the pressure of time, which enabled a wider range of experimentations, collaborations, and sounds.

3. Lonesome as It Gets

6. Ballad of a Retired Man

10. Burning Down the Prairie