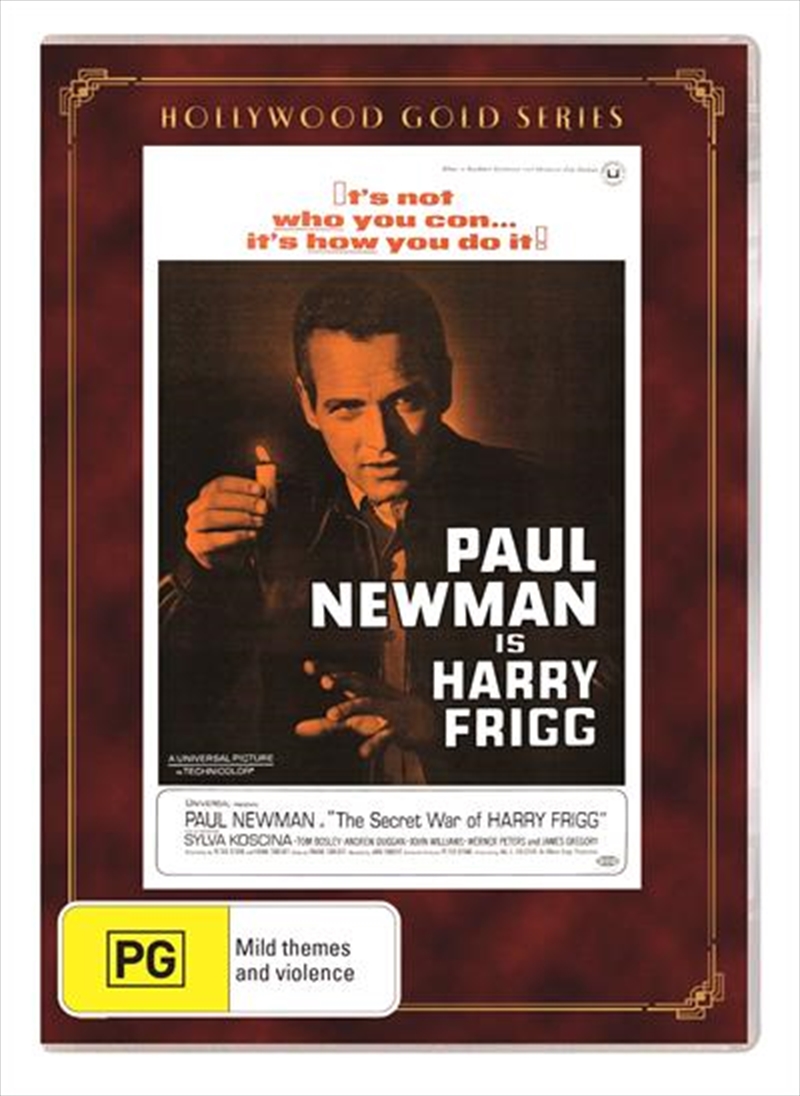 Shipping - See delivery options.
Postcode:
Quantity:
SEE MORE IN:
New Release DVD & Blu-ray New Release Movies 2 for $20 Movies & More
It's not who you con. It's how you do it.

Oscar winner PAUL NEWMAN stars as Harry Frigg, an upstart young soldier with all the answers and the know how to turn the war effort on its head and leave it spinning.A public relations nightmare presents itself when five allied generals are captured in Italy during WWII and held in a castle. Refusing to take orders from each other, their haphazard escape attempts have been foiled by a lack of cooperation and incompetence. The generals are in dire need of a helping hand. Enter Harry Frigg, a restless private who has escaped the military stockade over a dozen times and is looking for a way to redeem himself before the war ends. Promoted to Major General he is ordered to be captured by the enemy, infiltrate the castle and exert his influence to get the generals out of their embarrassing predicament once and for all.From the director of Harper and Midway, The Secret War Of Harry Frigg is a comic treat that fires off the laughter in regular bursts, always one step ahead of the enemy.