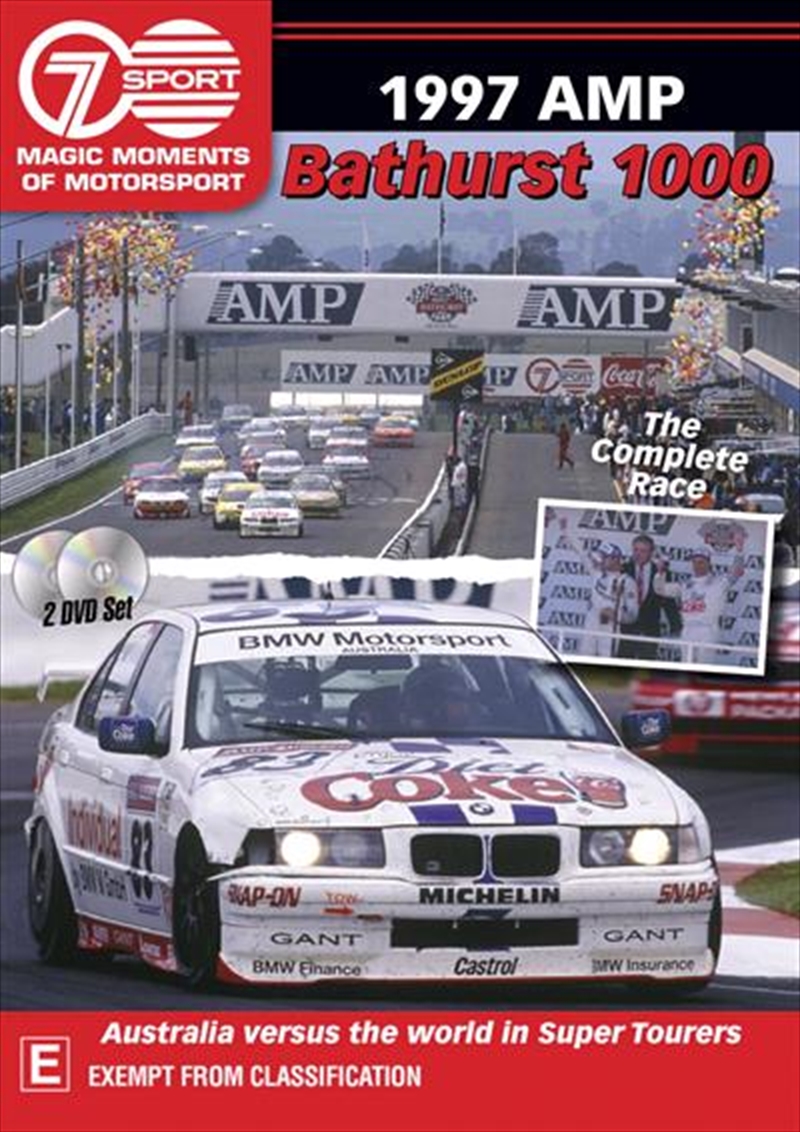 Shipping - See delivery options.
Postcode:
Quantity:
SEE MORE IN:
New Release DVD & Blu-ray New Release Movies Magic Moments Of Motorsport
THE 1997 AMP Bathurst 1000 was a classic case of 'Australia against the world' as two-litre Super Tourers headlined the traditional Mount Panorama classic for the first time in the wake of V8 teams and drivers heading off to spearhead their own 1000-kilometre Bathurst race. The full race day telecast of the 35th running of the Great Race is included on this release, as the cream of the British Touring Car Championship including the 1997 champion Williams Renault team, Triple Eights Vauxhall squad and the factory Peugeot team headed Down Under to take on the locally-run (though, importantly, internationally-supported) BMW, Audi and Volvo teams as well as a range of privateers. The 97 race was the first truly international Bathurst 1000 in a decade and featured a mix of makes and models not seen on the grid for an October classic at the Mountain since the Group A era had ended. The field was small in fact the smallest in the history of the Great Race at Bathurst but that didnt stop an enthralling contest from unfolding. While Diet-Coke BMW pilots Paul Morris and Craig Baird crossed the line first, it was their teammates, brothers Geoff and David Brabham, who were awarded victory post-race when it was deemed Kiwi Bairds last driving stint had exceeded the maximum driving time permitted in the rules. All of the big name international of the Super Touring era are featured in this race; Alain Menu, Frank Biela, Jason Plato, John Cleland, Rickard Rydell, Derek Warwick, Paul Radisich and Tim Harvey, taking on local stars including the retiring Peter Brock (at the wheel of a Triple Eight-run Vauxhall), Jim Richards, Brad Jones, Neil Crompton and Alan Jones.Included on this release is the full race day telecast, including the pre-race festivities, highlights of the Top 10 Shootout, the Porsche Cup and Group N historic touring car Sunday morning support races and then the main course, the 161-lap Mountain classic, featuring a commentary line-up including the great, late, Murray Walker. This release also includes a range of unseen vision too. We have included on this DVD the race action that unfolded while television viewers of the day were busy watching commercials. This DVD is a must-have for your collection of Seven Sport Magic Moments of Motorsport titles, celebrating the Super Touring era at Mount Panorama.