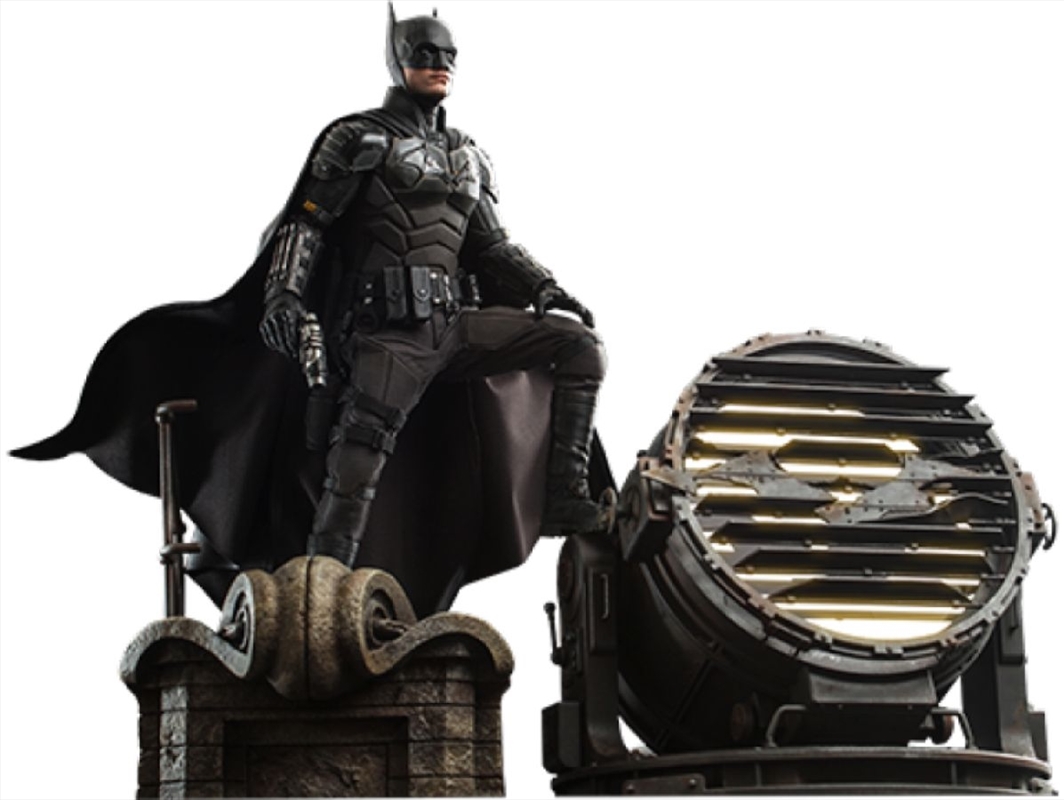 The Caped Crusader is returning to the silver screen! In DC's latest movie - The Batman, Robert Pattinson will don the cowl and become Gotham City's vigilante detective and his alter ego, reclusive billionaire Bruce Wayne. The hero must forge new relationships, unmask the culprit, and bring justice to the abuse of power and corruption that has long plagued Gotham City.

Celebrating the official release of DC's The Batman movie, Hot Toys proudly presents the highly-anticipated Batman and Bat-Signal as 1/6th scale collectible set from The Batman collection. It's all-in-one box that includes the awesome Bat gadgets.

Specially crafted based on The Batman movie, the one-sixth scale Bat-Signal Collectible measures 23cm in height, displays a screen accurate design with traditional Bat symbol at the center of the signal light, specially applied with distress effects, features LED light up function design, and an adjustable stand for angled projection.

The new Batman & Bat-Signal collectible set will be a unique addition to your DC display!