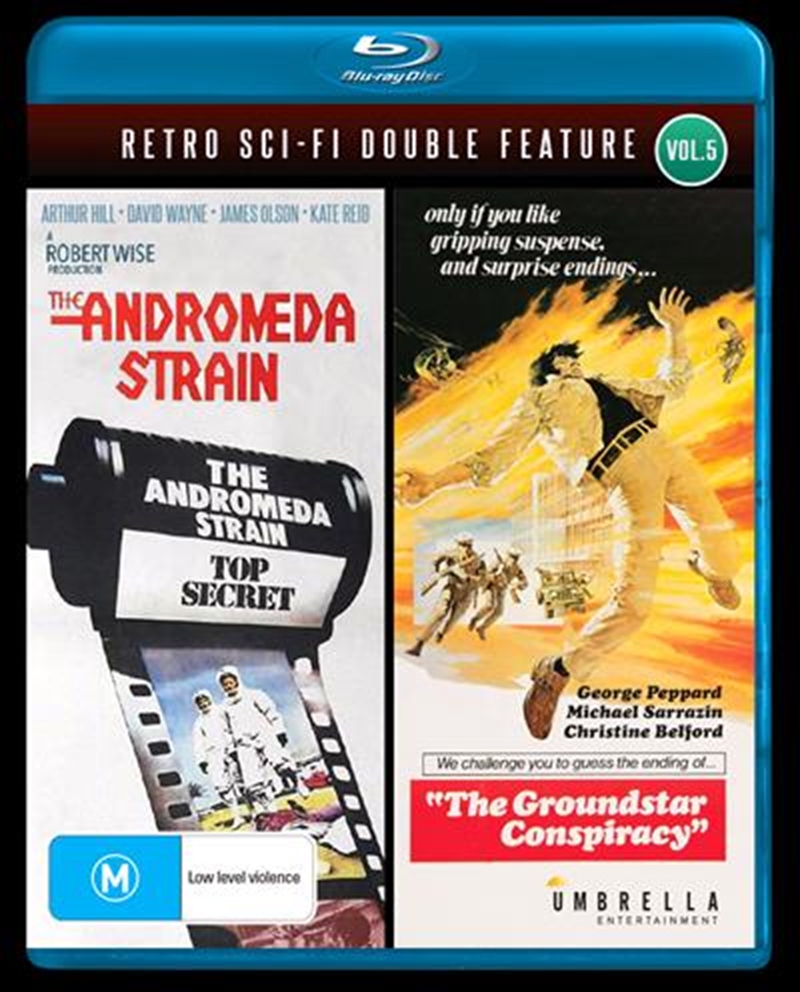 Shipping - See delivery options.
Postcode:
Quantity:
SEE MORE IN:
New Release DVD & Blu-ray Christmas Movies New Release Movies
The Andromeda Strain - After an errant satellite crashes to earth near a remote New Mexico village, the recovery team discovers that everyone in the town are victims of a horrible death, with the mysterious exception of an infant and an old homeless man. The survivors are brought to a state-of-the-art underground laboratory, where the puzzled scientists race against time to determine the nature of the deadly alien virus before it wreaks havoc. A trailblazer in the areas of special effects and inventive sets, The Andromeda Strain is based on Michael Crichton's best-selling novel that created national paranoia for its topical relevance to the first moon landing and is perhaps the most chillingly realistic science fiction thriller ever made.
The Groundstar Conspiracy - When explosions destroy the American Groundstar space station control center, only scientist John Welles (Michael Sarrazin) survives. Badly injured, he stumbles to the home of divorcee Nicole Devon, who is soon dragged into the investigation of the explosion by security head Tuxon (George Peppard). When Tuxon suspects John has masterminded the sabotage, John undergoes weeks of brutal questioning. Only when he runs away with Nicole does John begin to learn who's behind the conspiracy.