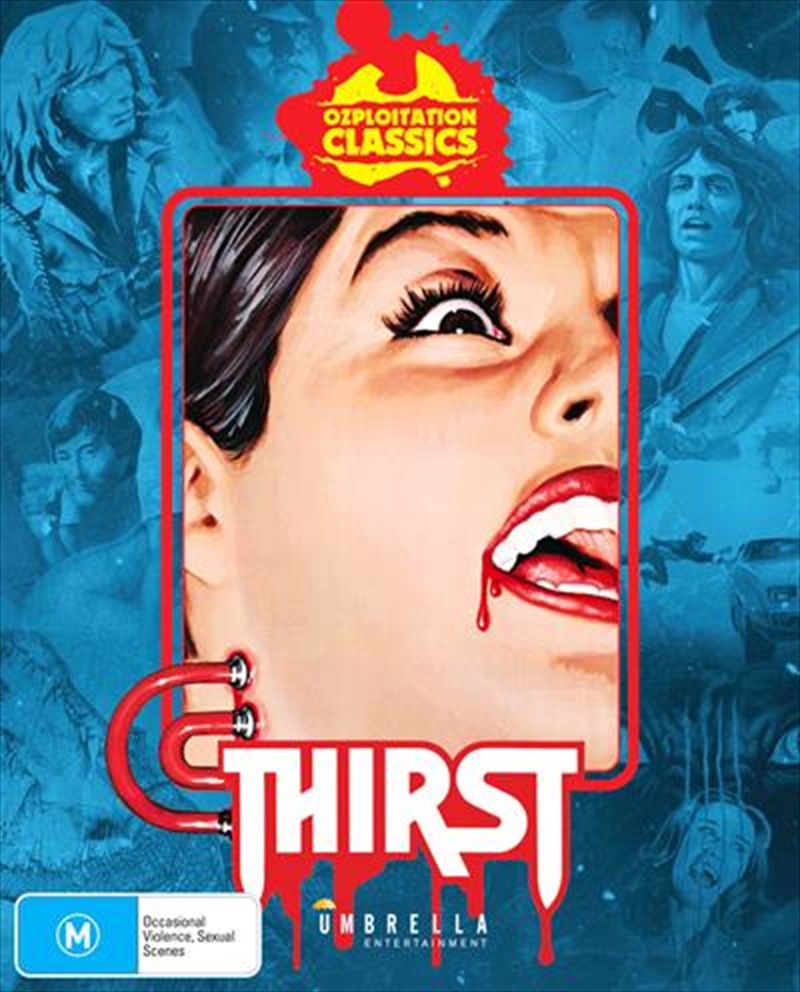 Innocent, unsuspecting Kate (Chantel Contouri) is kidnapped by abloodthirsty cult and held captive at their high security compound where she discovers that humans are being farmed for their blood!Kates shocking destiny is soon revealed. She is to be wed to the cultsleader in order to create a vampire master race. Can she escape thisdemonic nightmare or will she surrender to an unholy, insatiable evil?Boasting one of the most iconic Ozploitation set pieces (the bloodshower), a genre- savvy International cast (David Hemmings andHenry Silva) and jaw-dropping stunt work from daredevil Grant Page,THIRST is a frenzied tale of bloodlust that thrilled and chilled Drive-inaudiences the world over!