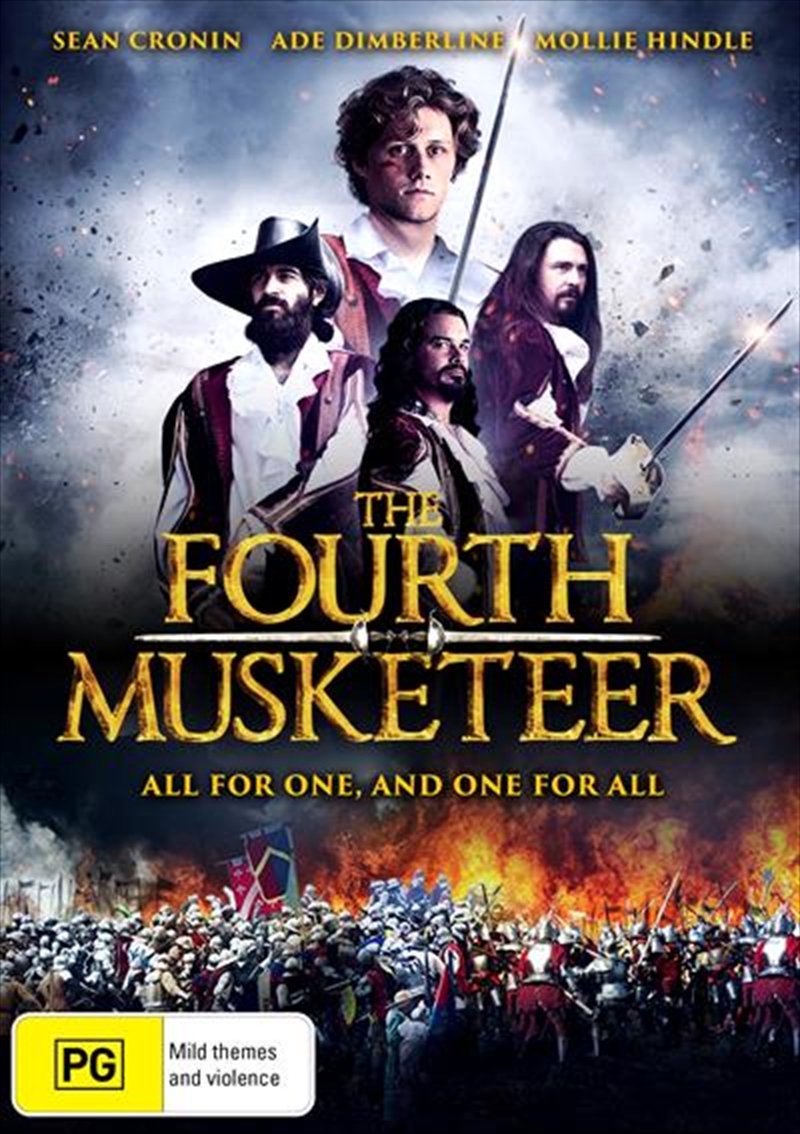 Shipping - See delivery options.
Postcode:
Quantity:
SEE MORE IN:
New Release DVD & Blu-ray New Release Movies 3 for $50 Movies All 3 for $50
One for all, all for one.

After being challenged to a duel by a younger rival, D'Artagnan, Captain of the King's Musketeers, relates the story of how, in his youth, he travelled from his home in rural Gascony to Paris with the hope of becoming a Musketeer. On arriving in Paris, young D'Artagnan immediately fell afoul of a plot by Count Rochefort and his accomplice Milady, working on behalf of Cardinal Richelieu, before joining forces with the celebrated 'Three Musketeers' - Athos, Porthos and Aramis - to defeat Rochefort's men and win an audience with King Louis XIV, who ultimately grants him a position at the Musketeer Academy.