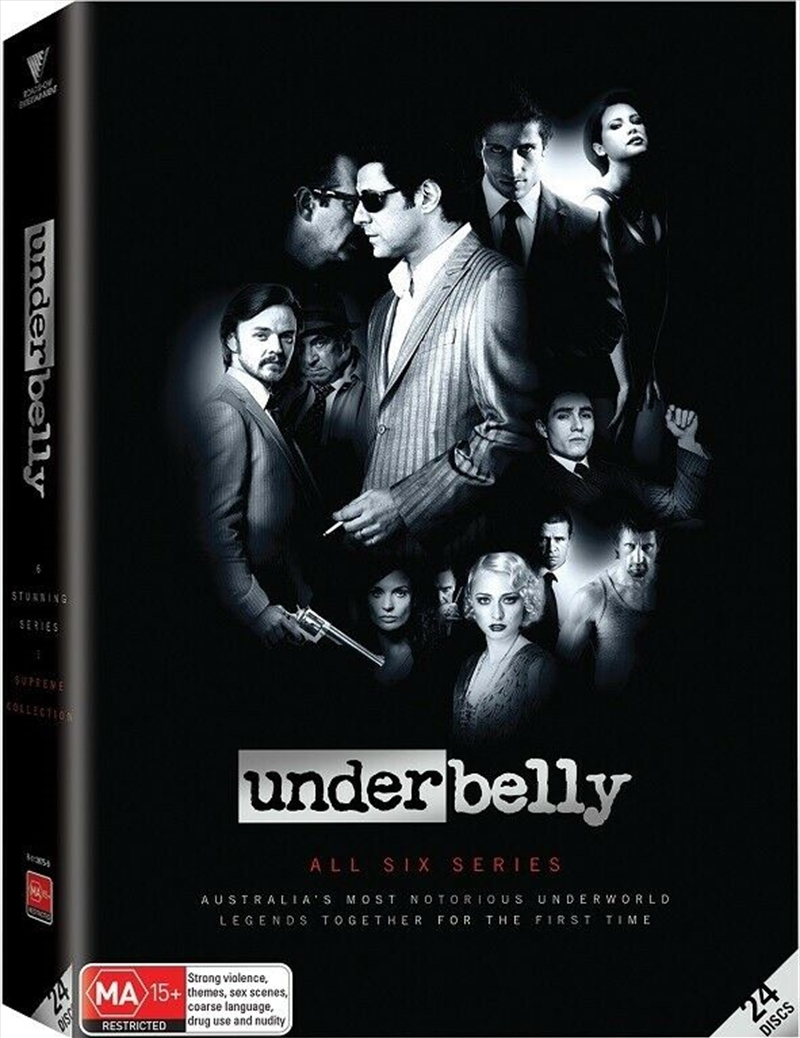 Each season of this multi-award winning television series takes you through the rise and fall of real life Australian underworld figures as told from both sides of the law. As each new season unfolds you are in a different time period and city with new crime bosses and the police that try to bring them to justice.
Collection Includes: