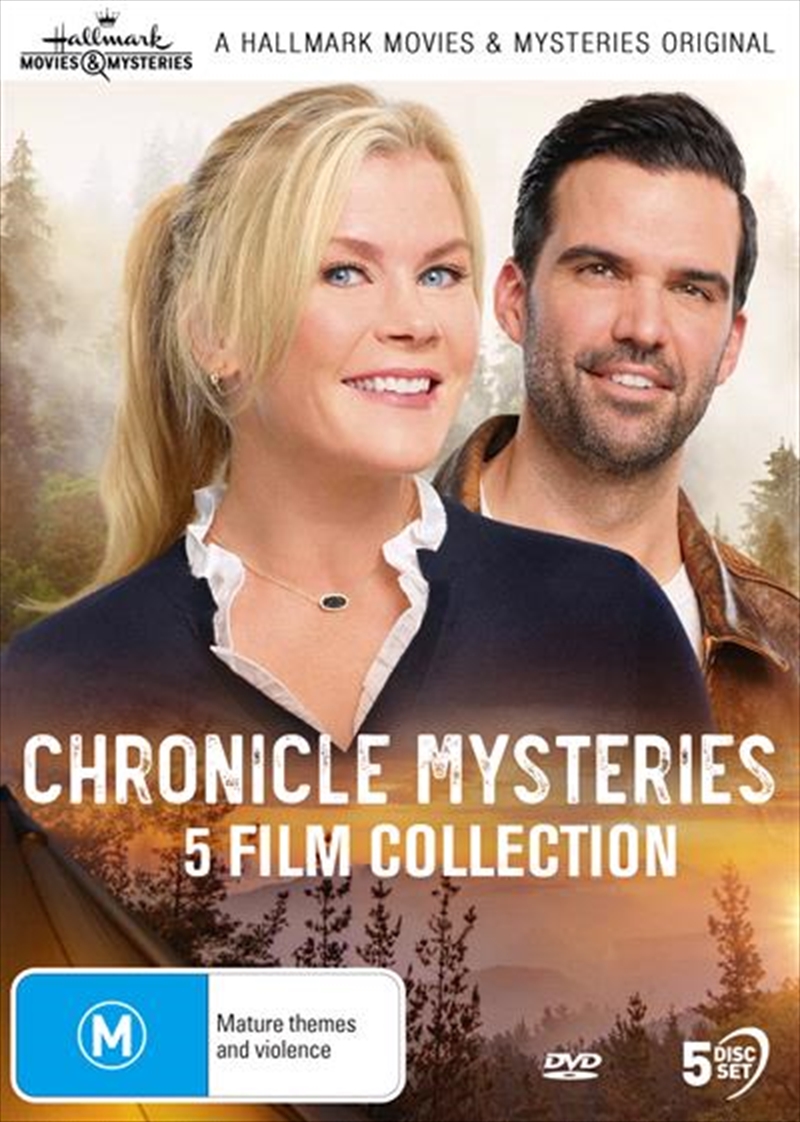 Shipping - See delivery options.
Postcode:
Quantity:
SEE MORE IN:
New Release DVD & Blu-ray New Release Movies
Alison Sweeney (Murder, She Baked) is Alex McPherson, a novelist and podcaster who loves the chase of solving any puzzle or mystery.
RECOVERED Alex McPherson is the host of a podcast who returns to her hometown in Pennsylvania seeking answers to the disappearance of her school friend, Gina DeSavio, who went missing twenty years ago.
THE WRONG MAN The body of a woman who had been missing for three years is discovered. Her husband, acquitted for lack of evidence but now seen as guilty, asks Alex for help to clear his name.
VINES THAT BIND After his death by carbon dioxide poisoning, Colton Sauniers will divided the vineyard between his sons - Jackson and Gil but the discovery of a mysterious new will now leaves everything to only one son leading to new suspicious events as Alex, Drew and Eileen investigate.
THE DEEP END The latest edition of Alex McPhersons true crime podcast Recovered centres on the death of a man whose wife seems certain to be convicted for his murder. As she follows the story on her podcast, Alex, assisted by her colleague Drew Godfrey, becomes convinced that the wife didn't do it, but unless she can identify and locate the killer before the trial reaches its conclusion, an innocent woman will take the fall for a murder she didn't commit.
HELPED TO DEATH Alex and Drew investigate a self help retreat and the controversial life coach who oversees it. Starring Alison Sweeney and Benjamin Ayres.