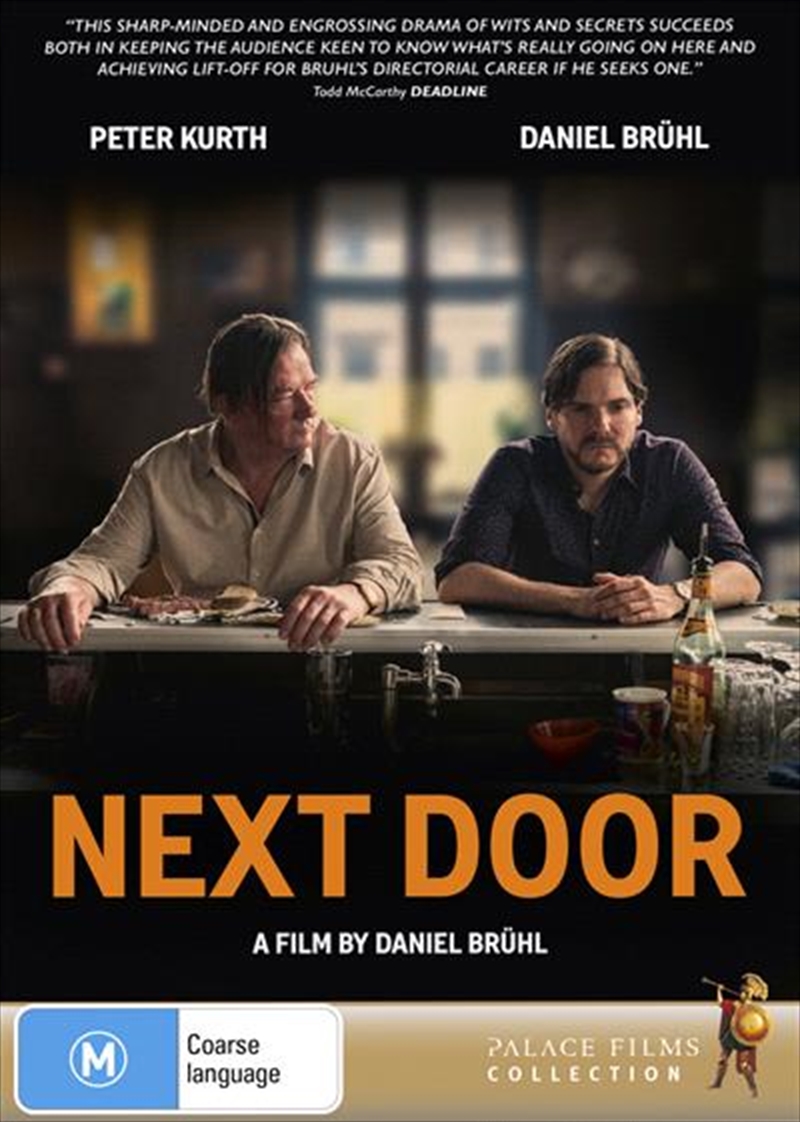 Daniel (a self-deprecating Brhl) leads an enviable life. A famous actor, he lives in a stylish penthouse apartment in Berlins hip Prenzlauer Berg district with his wife and children. One morning, as he prepares to jet off to London to screen-test for a top-secret new American superhero blockbuster, he pops into the local dive bar to kill some time. There, he meets middle-aged Bruno, initially dismissing him as a(nother) fan. But far from it, Brunos in fact Daniels neighbour, and has been awaiting this moment. Bruno sees himself as one of reunifications losers and a victim of the gentrification of what was once East Berlin and as the pair banter, and he begins nitpicking the increasingly exasperated (and now late for his flight) Daniels career he gradually reveals a far more intimate knowledge of Daniels life than is comfortable